If all mankind were to disappear, the world would regenerate back to the rich state of equilibrium that existed ten thousand years ago. If insects were to vanish, the environment would collapse into chaos. — Naturalist E. O. Wilson, Harvard University

Every year we see lots of new research on the effect of artificial light at night on various types of wildlife. Many of us know of the impact of light pollution on wildlife such as moths, migrating birds and sea turtles, but there are others you might not be as familiar with. Here are three such examples. 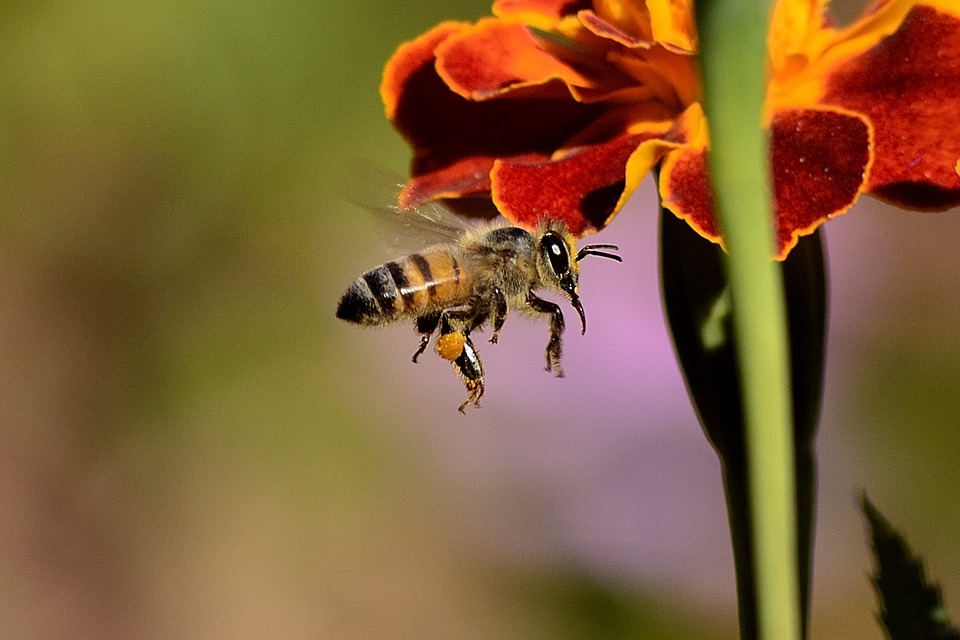 Bees, squirrels, songbirds, and even humans are mostly diurnal (some bee species are nocturnal), meaning that they are typically awake during they day, and sleep at night. Research is showing that artificial light at night results in disrupting these insect’s day and night patterns. Getting too little sleep and losing recovery time to repair their bodies alters reproductive cycles. Florida’s Fish and Wildlife Conservation Commission states, “Even one artificial light source can disrupt normal flight activity, long distance migrations, or even attract insects that don’t normally move from their habitat.”

The flowering plants that bees rely on for their food source is also impacted by artificial light at night. According to the research done in the Department of Physics at Florida Atlantic University, “Light pollution does not just affect plants’ cycles directly – it also affects them indirectly by interfering with the lifecycles of their pollinators or other animals that interact with them.”

Even while pushing their dung balls with their back legs, head facing down, dung beetles are found to be able to astro-navigate using natural light sources. A study done at the University of the Witwatersrand in South Africa placed dung beetles into a planetarium to study their navigation. Instinctually, when beetles find dung piles, they quickly gather their individual dung ball, moving in straight lines away from the rest in order to avoid the other competing beetles. Researchers found that displaying similar light to the Sun, Moon, and the Milky Way, the beetles were able to mimic their natural behaviors of moving in straight lines. When they turned all light sources off, the beetles scattered about chaotically, seemingly without any ability to find their way.

The familiar glowing patterns of fireflies are a crucial part of their mating rituals. Each species of firefly has a characteristic pattern of flashing light that helps its male and female individuals recognize each other. The males fly and flash, while the usually stationary females respond with their own flashes.

A recent study suggests that light pollution may disrupt this carefully conducted ritual. The researchers subjected ‘big dipper’ fireflies (Photinus pyralis) to artificial light, and found that the females didn’t flash back at the male as often as those not exposed to light, resulting in fewer of those females mating.

But, the researchers found that the firefly areas subjected to the artificial light at night didn’t not appear to have lower populations then those that were not, at least in the short term. Further research may reveal how firefly populations are affected in the long term by exposure to artificial light.

When all was quiet, the firefly flew through the night flashing its light, looking and searching again.  Then the very lonely firefly saw what it had been looking for…
Eric Carle — The Very Lonely Firefly

New studies are regularly published linking exposure to artificial light at night to harmful effects on various wildlife species. We are just beginning to uncover the complex ways that light pollution wreaks havoc on the environment. Fortunately, light pollution can easily be solved with good lighting design. Learn how you can help