Horse Head Nebula (B33) and Flame Nebula in Orion

Returning once again to this marvelous pairing in the constellation of Orion my objective was to image the Horsehead (B33) and Flame Nebulae at a longer focal length (1260mm) for a more closeup perspective. 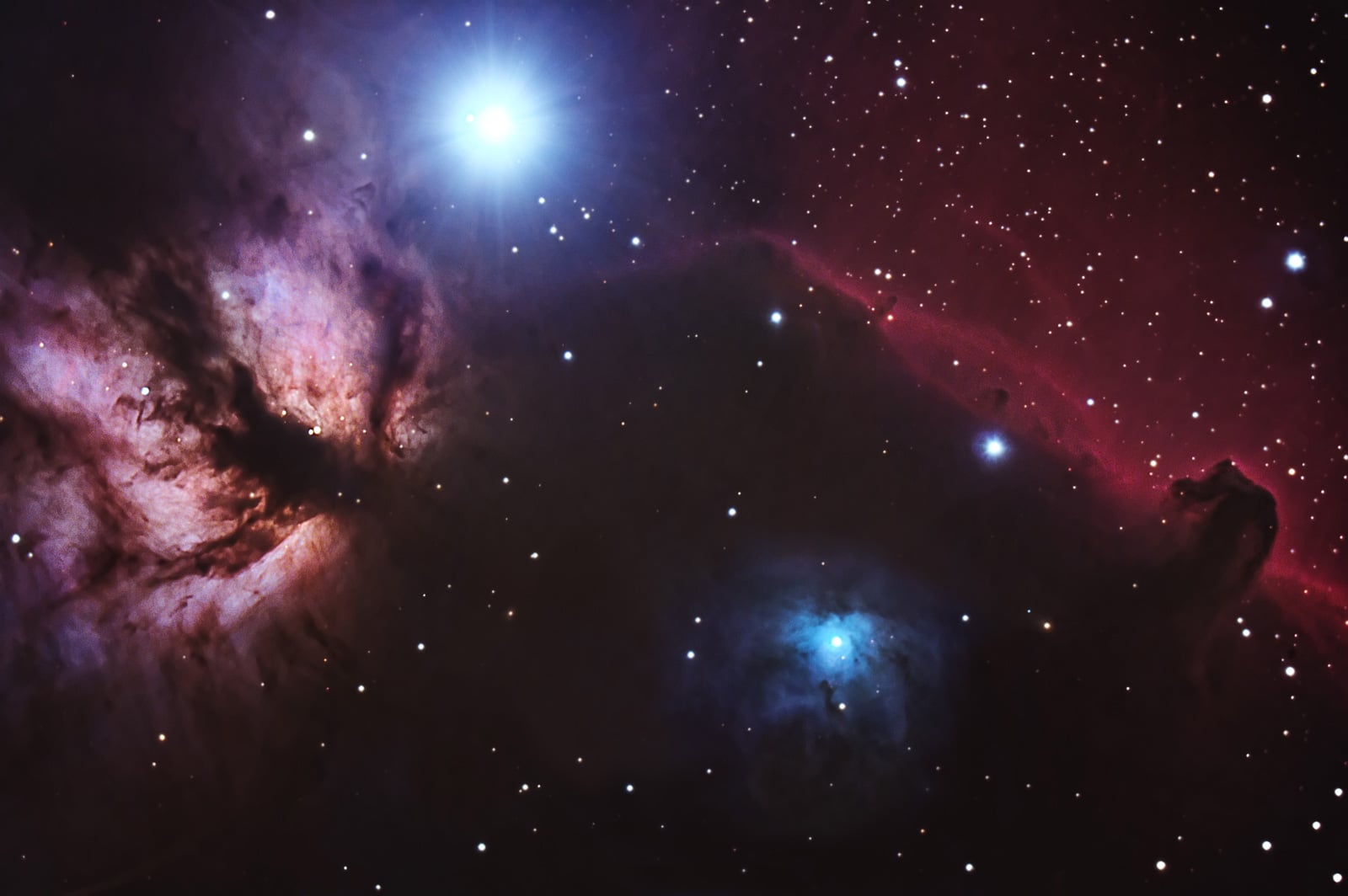 In order to accomplish my goal I used a Celestron CPC800 SCT with a 0.63x reducer for a focal length of 1260mm (F6.3). Given the extremely average transparency and seeing most clear nights in my neck of the woods this was a good balance between focal length and SNR (Signal to Noise Ratio). The Horsehead and Flame Nebula were a tight fit in the framing this shot. However it worked out rather well I thought.

One of the challenges (besides a cold night in November!) was obviously going to be controlling blowout (over-exposing) the bright star Alnitak which is situated between these two objects. The best approach for this was to take a series of shorter exposures (20sec) that would help reduce blowout and would be later combined with longer exposures (5min) through a method known as HDR (High Dynamic Range). Even with this technique attempting to control Alnitak and balance in the rest of the image details was not easy.

The end of result of my data acquisition and processing yielded an image I was quite pleased with. Even more pleasing was having this image chosen as runner-up for overall best deep sky photo in the Kitchener-Waterloo Centre of the RASC, 8th annual Astrophotography awards.