M31 Andromeda Galaxy from the suburbs of Kitchener 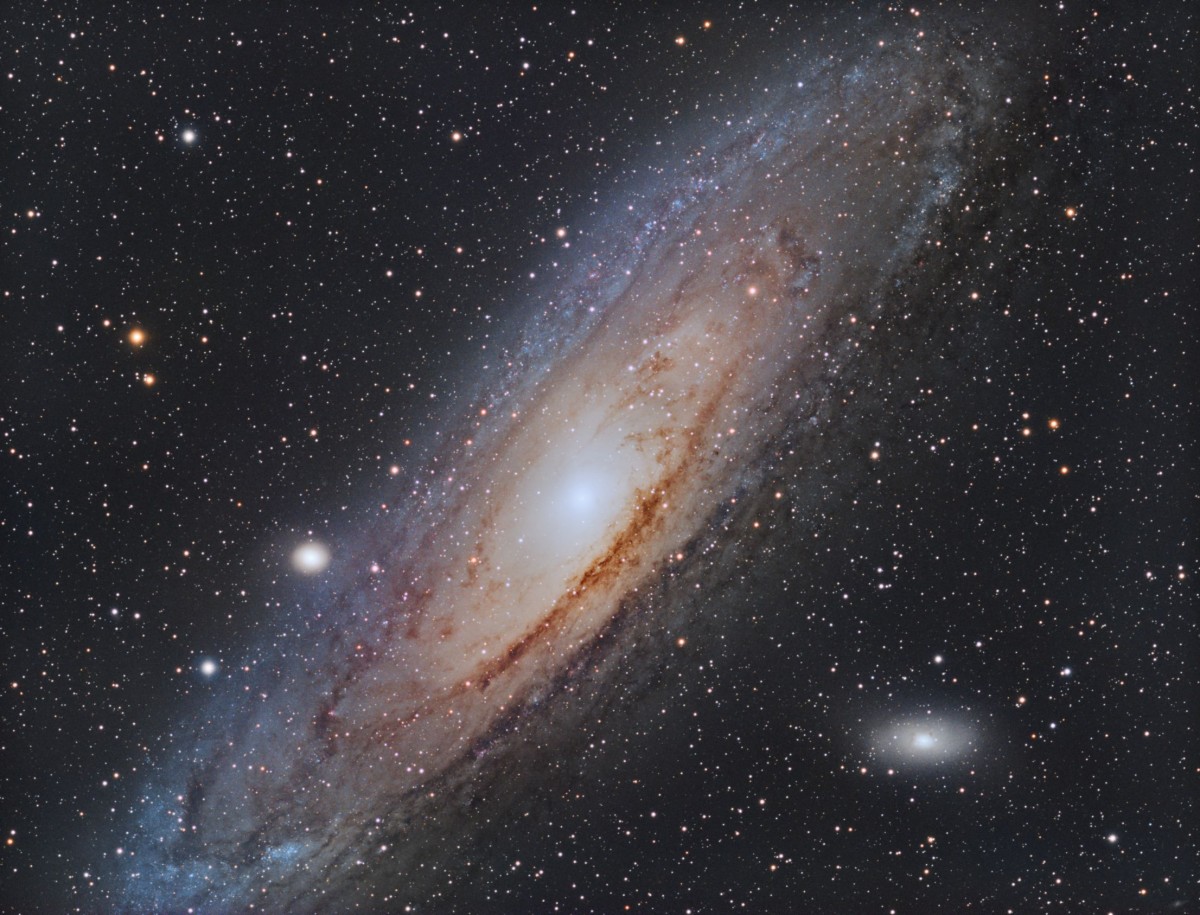 M31 Andromeda Galaxy is a popular target for both observers and astrophotographers in the Fall months.

It’s well positioned for viewing in the NE sky after sunset when dark arrives. It remains visible for most of the night as well which is perfect for imaging this nearest galaxy friend of ours.

This data was acquired over several nights back in October and November 2017. It’s 300+ 60sec exposures taken with the Esprit 100 F5.5 triplet refractor and ASI1600MM-C cmos camera.

I imaged M3 Andromeda galaxy from my driveway in the suburbs of Kitchener, Ontario. I definitely have my share of light pollution occurring around me. From a new LED street light shining across onto my property, to neighbours with unshielded porch lights turned on while they are inside and in some cases left on all night while they are asleep. I do my best to manage the situation. I must admit though, I would prefer if home owners didn’t leave their outdoor lights on when there not even outside! It is a waste of energy to say the least. Multiplied by tens of thousands or more homes with multiple lights left on, it all adds up, contributing to climate change and negative impacts on our night environment. 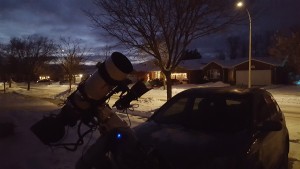 The photo shows what I’m contending with in terms of light pollution and light trespass from various sources around me. This is where I do my hands on astrophotography from though, so I have to make the best of what I have. Even with all my advocacy work over the last 10 years, light pollution is increasing in Kitchener (Waterloo Region). It’s really quite crazy if not frustrating.

One of the benefits of using a monochrome camera to image (in my case the ASI1600MM-C) is it’s not as effected by the light pollution as a one shot colour camera. It’s still effected but less. Being able to take images in separate colour channels and even narrowband channels, helps to minimize problems a bit.

Ideally though a dark sky would be much better. I really enjoy when I get the opportunities to image from the cottage up north. Imaging from my driveway in the suburbs I probably have to shoot somewhere around 10x as much data from my suburban driveway to come close to what I could acquire from a dark site. That isn’t also possible either given other life commitments and weather. Alas, even once remote areas are slowly being affected by light from cities and towns. Skyglow and light domes from cities can reach more than 100KM into rural areas.

Below: A peak behind the scenes of processing the M31 Andromeda Galaxy data. Shown are some of the monochrome channels (R-G-B), a mask used for isolating and protecting specific parts of the image during processing. On right is a near completed colour image.