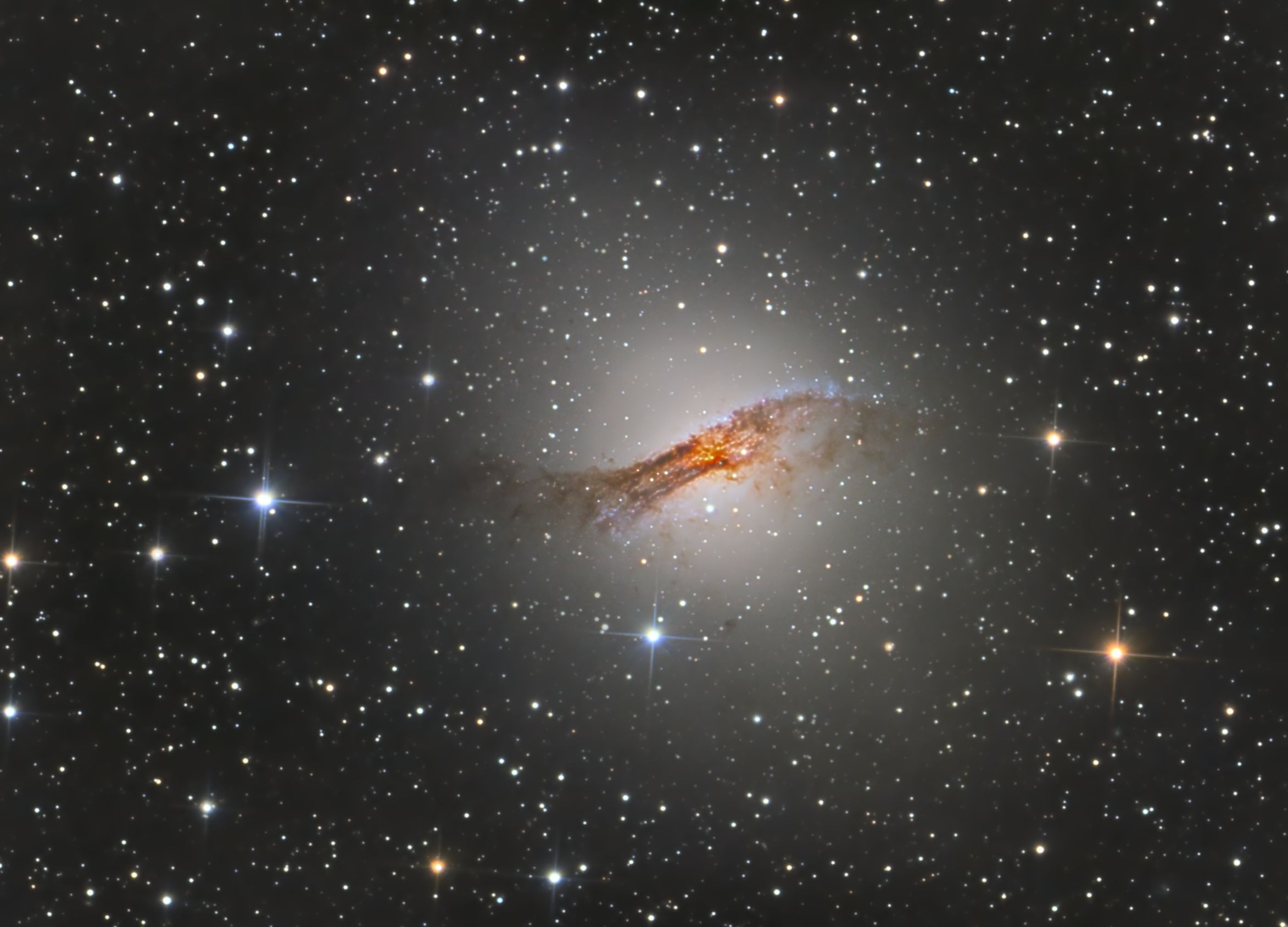 Meet NGC 5128 a starbusrt galaxy. Discovered in 1826 by Scottish astronomer James Dunlop who at the time lived ine in Parramatta, in New South Wales, Australia.

This image is the result of a collaboration opportunity I had with a Mr. Russ Jacob from Australia. Russ is an astrophotographer and images the southern hemisphere night sky.

I processed the data in Pixinsight. It was actually a lot of fun to process this image. Not only is the data of very high quality but I don’t always get to process deep sky objects not visible in the northern hemisphere night sky.

NGC 5128 is also known as Centaurus A. It’s a starburst galaxy and a collision is suspected to be cause of its intense burst of star formation. Models have suggested that Centaurus A was once a large elliptical galaxy that collided and merged with a smaller spiral galaxy.

At the center of this galaxy is a supermassive blackhole with the equivalent of 55 million solar masses! It’s also a source of strong radio and xray emissions.