A giant stellar nursery region and more than a 1000 light years wide, the Tarantula Nebula NGC 2070, is an intricate web of gas and dust. Located in the Large Magellanic Cloud (LMC), a galaxy which is 180,000 light years from Earth, it is both a visually stunning region of space and the most violent star forming region of space known to us in our local group of galaxies.

I took this image using a remote telescope in Australia at Siding Spring Observatory. This is the T33, one of iTelescope’s newest editions, an ASA 16″ astrograph paired with an Apogee 16mp CCD. It provides a wonderful field of view with striking resolution as you can see with this image. 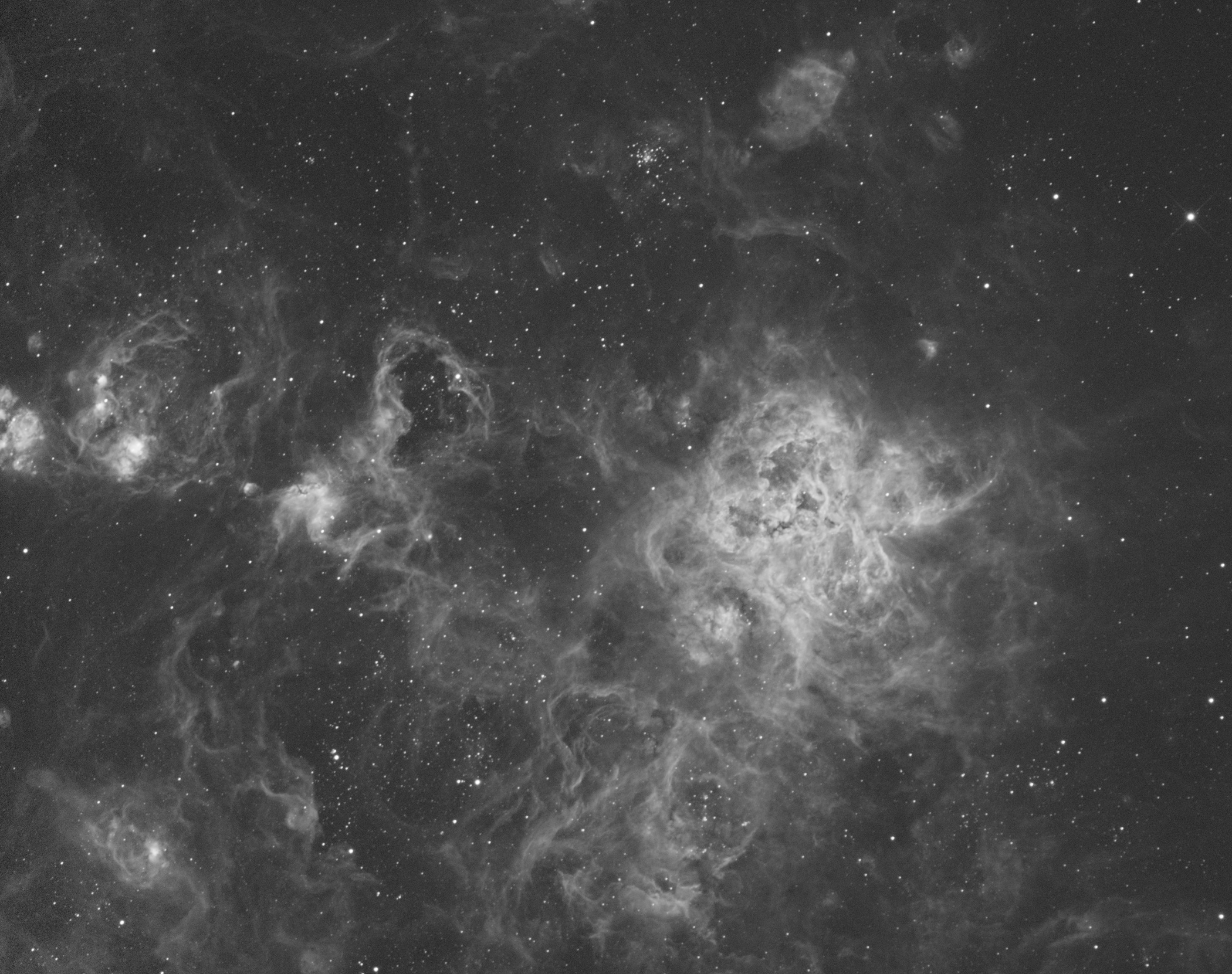 Inside the Tarantula Nebula some mind blowing physics are occurring including supernova shock fronts, powerful stellar winds and intense radiation. The source of which is the cluster of massive hot stars (known as R136) located center in the nebula. This cluster of stars shapes the spidery filaments and energizes the glow of the nebula.

Many other interesting objects

This image captures a fairly large field of view. Not only is the Tarantula Nebula visible but many other extraordinary objects as well. There’s a lot happening in this image! 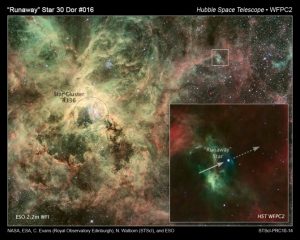 The star cluster known as Hodge 301 is 20–25 million years old. The most massive stars within this cluster have exploded already in supernovae a long time ago. The light from these supernovae explosions have not reached Earth yet. It’s a future event for another generation of humans to see and record.

There are many other star clusters and also numerous smaller star forming regions (smaller compared to NGC 2070, massive beyond imagination still to us!). There’s even a runaway star known as 30 dor #016 in this image.

To see some of the other objects in and around this region of space, you can look at this very detailed annotated image of the Tarantula Nebula.

Also visible in this H-alpha narrowband image is the site of the closest supernova in modern times, Supernova 1987A, near bottom center of the frame.

The Tarantula Nebula is located in the southern constellation Dorado.

Like any large footprint telescope, especially Newtonian designs, guiding and windy conditions can create image issues quickly. In this case with the ASA 16″ astrograph, some of the frames were effected by poor tracking. This could be due to weight imbalances that can occur depending on how the telescope is oriented by the mount for imaging a particular target. Some areas of the sky for pointing position fair better than others. I know this with my past experiences using my own Orion 10″ astrograph. It’s fairly large and I often found it tricky to perfect balance in every possible orientation. It can also act like “sail” depending on wind levels. Wind can easily disrupt guiding of larger telescopes like an ASA 16″, as opposed to more compact telescopes of the SCT or refractor designs.

I’ll be returning to the Tarantula Nebula NGC 2070 in the near future to gather more data and hopefully better guiding and less wind will be in the cards for me when I do!

16″ F/3.5 Astro Systeme Austria (ASA) Astrograph mounted on a Paramount ME. The OTA is coupled with a large format main imaging camera and guided with a Starlight Xpress Lodestar using a custom made Off-Axis adapter.