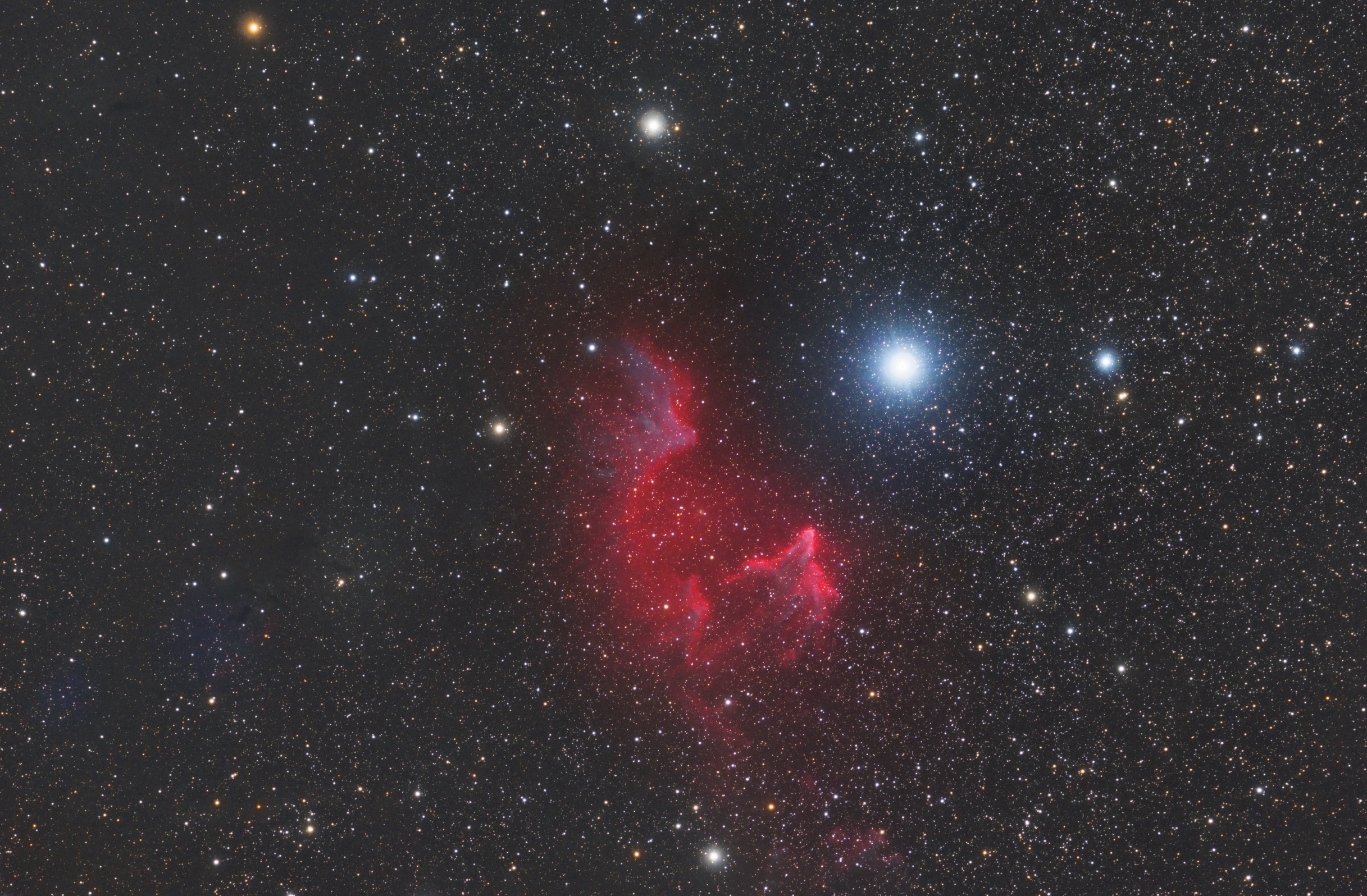 Delighted that this image is featured in Amateur Astrophotography Magazine, Issue 93: https://bit.ly/3FC1Wrx

With the Halloween season quickly approaching I thought I would image a ghost in space! This is a deepsky target I’ve never imaged before. It is also a very challenging target for astrophotographers.

The nebula itself has a low surface brightness and being situated next to a bright star makes it difficult to image. I had to be careful with how long my exposure per sub time was so as not to blow out the bright star, at least not to much, while still getting enough signal to capture the nebulosity.

Processing this data is also tricky as it requires careful masking and stretching so not to blow out the bright star and still be able to reveal the nebulosity.

I settled on 5min exposures for both R-G-B (broadband) and H-alpha (narrowband). This worked not to bad. In hind sight I might have added some 15sec exposures in broadband as well to better control the bright star.

This nebula isn’t to far from us in astronomical terms. It’s only about 550 light years. Still it’s fascinating to think that the light I captured was 550 years old! How cool is that?

Below is a video I did about IC59 and IC63 as well as a bit about how I processed it. Hope you enjoy it!