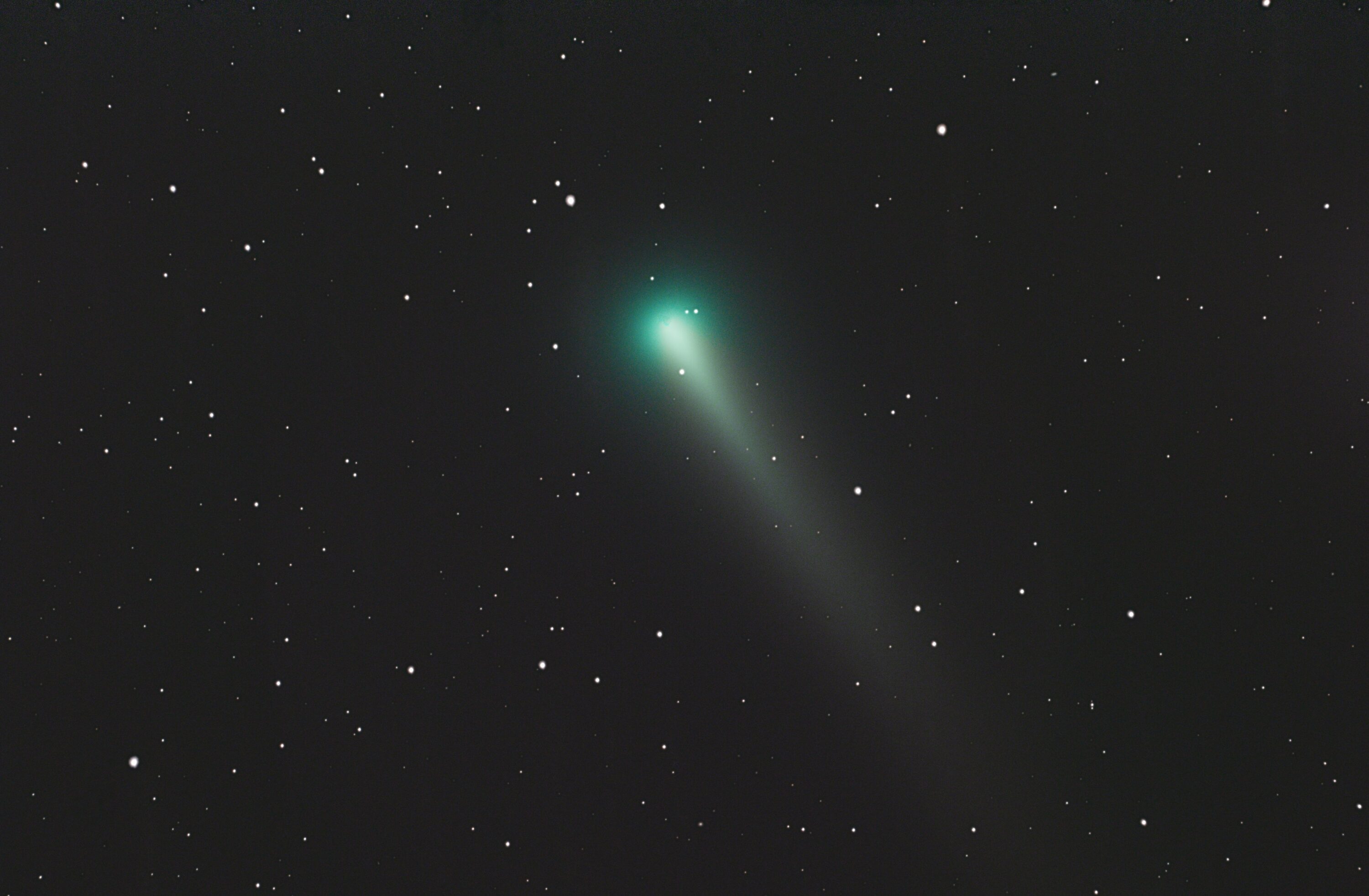 Comet Leonard (C/2021 A1) is sweeping through northern predawn skies in the month of December 2021.

Discovered by Greg Leonard, a senior researcher at the University of Arizona, was first spotted at the Mount Lemmon Observatory just outside of Tucson, Arizona, on January 3rd, 2021.

Comet Leonard won’t be the most spectacular one ever but will be the brightest comet of 2021. Using binoculars or a small telescope, you can spot it in the night sky during the early morning hours (northern hemisphere). It won’t be long before people can view the comet with the naked eye. The comet moves into the evening sky by late December.

Comet Leonard hasn’t reached peak brightness yet but amateur astronomers around the globe are keeping an eye on it.

The image above is a collaboration between myself and Tyler Bowman of Explore Scientific. While I’ve been clouded out for Comet Leonard’s action in our sky, Tyler was able to capture the comet using an Explore Scientific 140mm refractor and ZWO ASI294mc camera. I then calibrated, comet aligned and processed his data in Pixinsight.

This will be a once in a lifetime opportunity to see Comet Leonard as its close approach to the planet Venus will gravitationally alter is course and have it ejected from our solar system into deep space forever.

The comet is currently heading sunward, toward its closest point to the Sun on January 3, 2022. Comets are typically brightest around closest approach to the Sun.