Comet C/2022 E3 ZTF is a long-period comet discovered on March 15, 2022. It is estimated to reach perihelion (closest approach to the Sun) on Thursday January 12th, 2023 and will be visible from Earth for several weeks before and after this date.

The comet is estimated to reach a peak magnitude of 4.4 and is expected to be visible to the naked eye. Binoculars will provide a splended view of the comet and a small telescope may help with seeing the comet’s tail.

According to The Planetary Society, the comet has an orbit around the sun that takes it through the outer reaches of the solar system, which is why it’s taken such a long journey, and a long time, to swing by Earth again. It hasn’t swung by Earth in 50,000 years when our planet was still in an ice age and Homosapiens and Neanderthals’ shared the planet.

The icy celestial object, which has steadily brightened as it approaches the sun, will then pass within 42 million kilometers (26 million miles) of Earth between February 1st and February 2nd, 2023.

The comet’s streaking tails of dust and energized particles, as well as the glowing green coma that surrounds it, distinguish it from stars. The coma forms around a comet as it approaches the sun, causing its ice to sublimate, or turn directly to gas. When viewed through a telescope, the comet will appear as a fuzzy glowing ball.

If you are interested in how to find and see Comet C/2022 E3 (ZTF) in your night sky? You can watch my Youtube video on how to add the comet to the free planetarium software, Stellarium, or visit https://in-the-sky.org/ for detailed information on the comets current position, viewing times and more for your location. 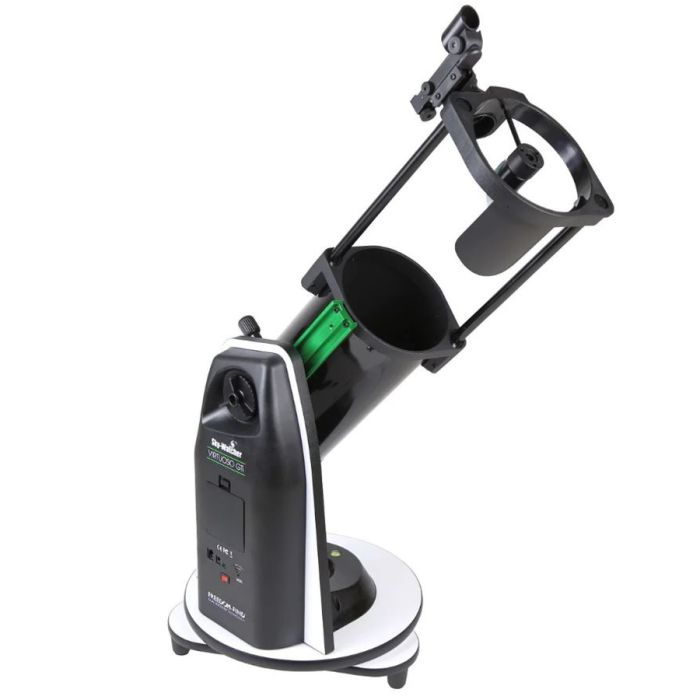 Sky-Watcher Virtuoso GTi Tabletop GoTo Dobsonian is an excellent choice for those wanting to see the comet and get started in observing the night sky. This compact yet capable telescope is easy to use with its alt-az operation and features GoTo object technology which will make locating cosmic objects simple!

Click a link below for more info and to purchase: