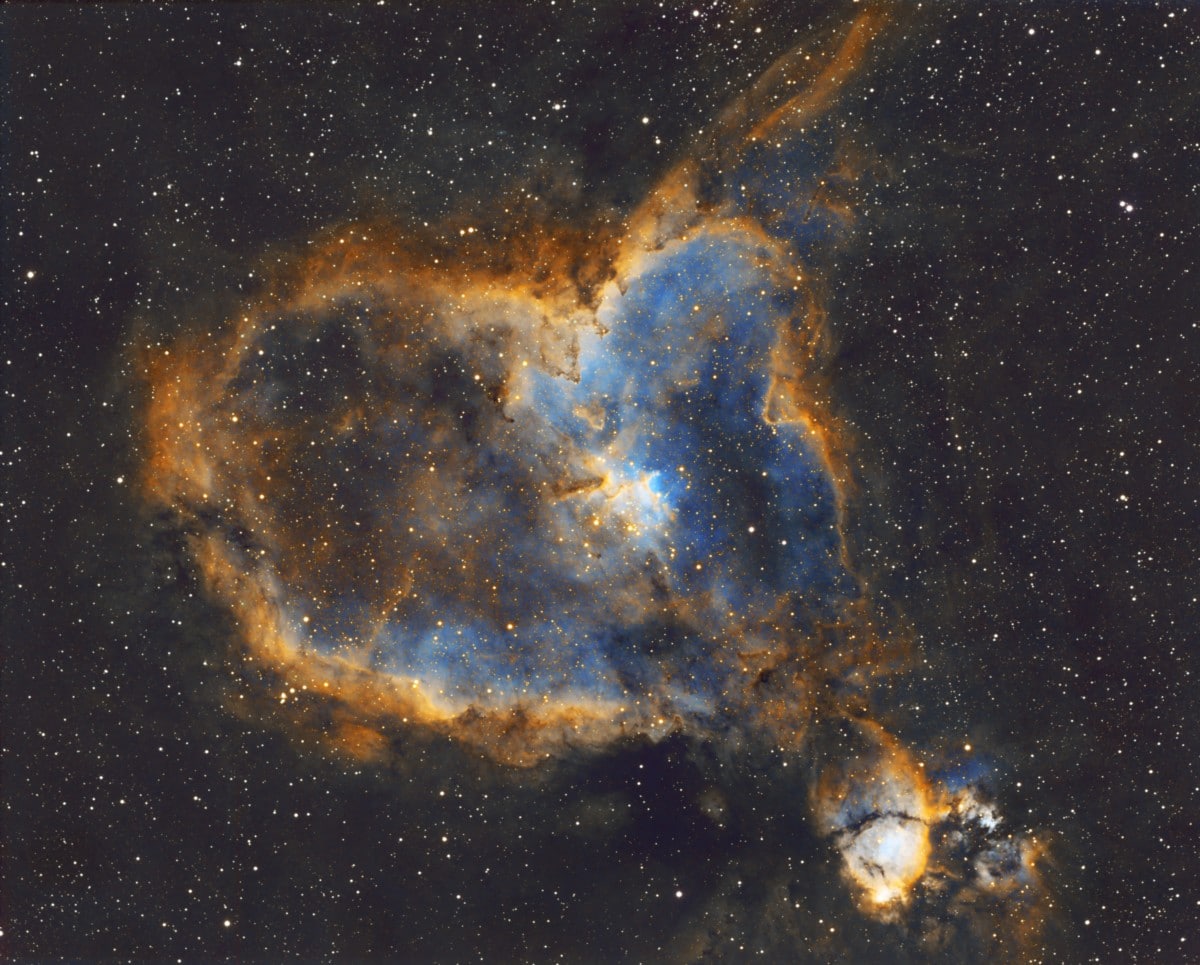 This is an image I’ve been working on for a while in the Fall here. Mostly due to weather not cooperating.

I was able to gather 21 hours of data (Hubble palette, Ha, OIII and SII narrowband) over a few clear nights in October 2019.  I processed this image, what had to be 14 times, over the course of a week or so… probably being my own worst critic! Was never entirely happy with it for some reason.

The Heart Nebula, also known as IC 1805 and Sharpless 2-190, lies some 7500 light years away from Earth and is located in the Perseus Arm of the Galaxy in the constellation Cassiopeia. It was discovered by William Herschel on 3 November 1787.