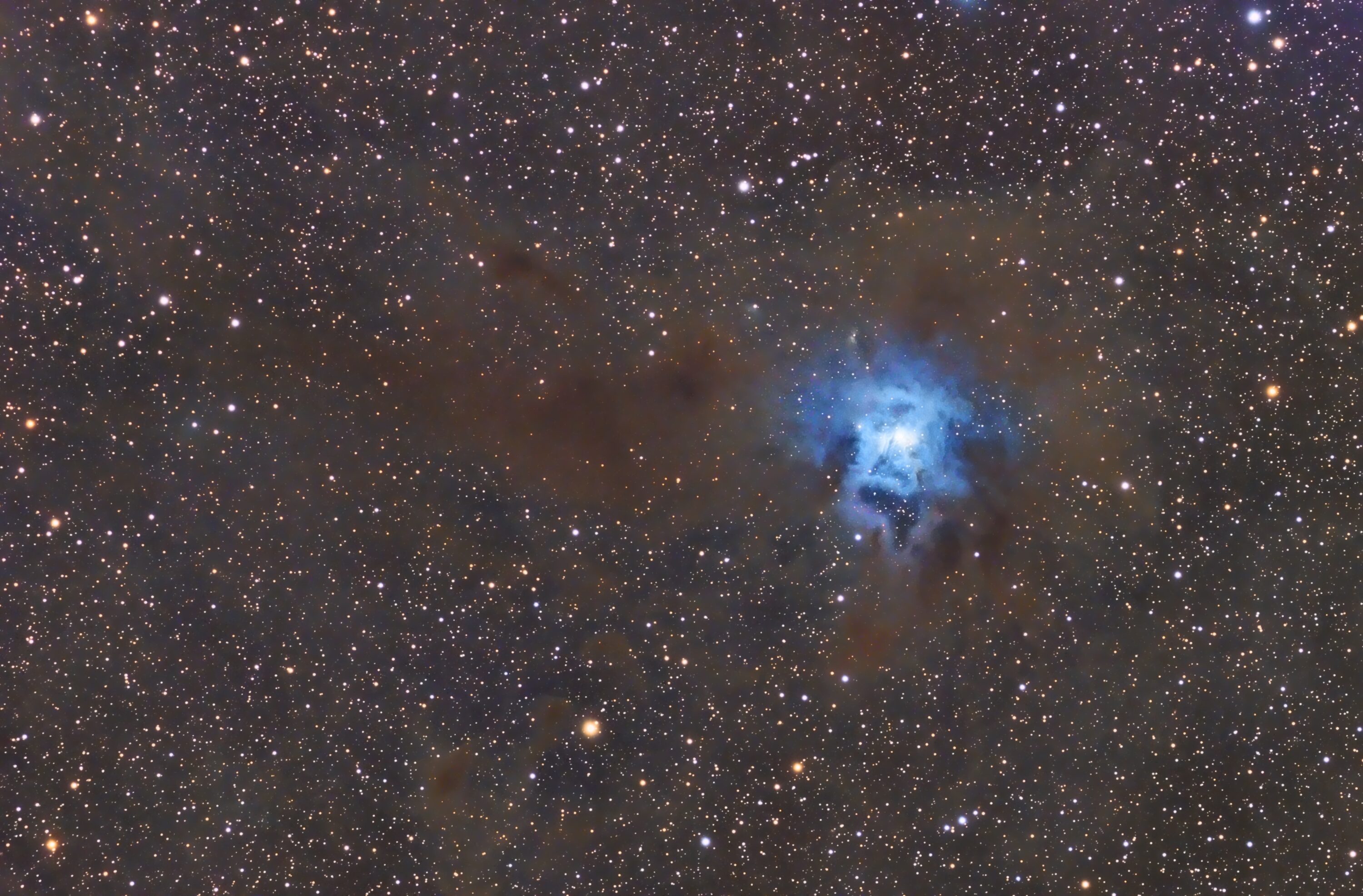 I finally was able to get the proper spacing of adapters for the QHY268M cmos camera and my Esprit 100 triplet refractor.

It took quite a while unfortunately. A month and half. I had originally ordered an custom made adapter from Precise Parts in Florida, USA, but it didn’t fit properly. I had waited a month for it to arrive. 3 weeks for manufacturing, and 2 weeks for it to ship to me. Customs delayed it by over a week while it sat with no activity. But the adapter did finally arrive and I was disappointed that it didn’t fit properly. So I scrambled to come with something with what I had on hand. To my surprise I was able to come up with something that worked. Giving me the 29mm spacing I needed using an older adapter and some spacers that came with the QHY268M.

I took some first light test images to confirm the spacing was good and it was. So I set out to collect some data on a deep sky object. Now I’m not much a galaxy season fan. I much prefer nebula season. It was slim pickings for targets given it was April. But I did notice that the Iris Nebula was rising high enough for me to begin imaging it and throughout the night.

I set up a NINA for a sequence on the Iris Nebula and began what would take 9 clear nights of imaging. The nights are getting shorter for me now here as Summer approaches. At this time I had about 5 hours per night. I ended up with 29.5 hours of data.

The QHY268M uses a large APS-C sized sensor. It is 26mp resolution and with 3.76 micron pixel size. No amp glow and low read noise. All of these features work together to make for an exceptional camera.

The Iris Nebula is approximately 1,300 light years distance from Earth. It resides in the constellation of Cepheus from our perspective. NGC 7023 is actually the cluster within the nebula, designated LBN 487. The nebula is lit by a magnitude +7 star at its core that is visible in this image.

This deep image shows the dark interstellar dust surrounding the nebula and throughout this region of space. The Iris Nebula itself invokes thoughts of mystery and magic!

I took this image from my backyard in Kitchener, Ontario, Canada.