The M31 Andromeda Galaxy is visible with the naked eye away from city lights in darker areas on a clear night. Of course with the naked eye it doesn’t look like it does in photos, but rather a diffused, grey patch in the sky, and even more evident when using binoculars. 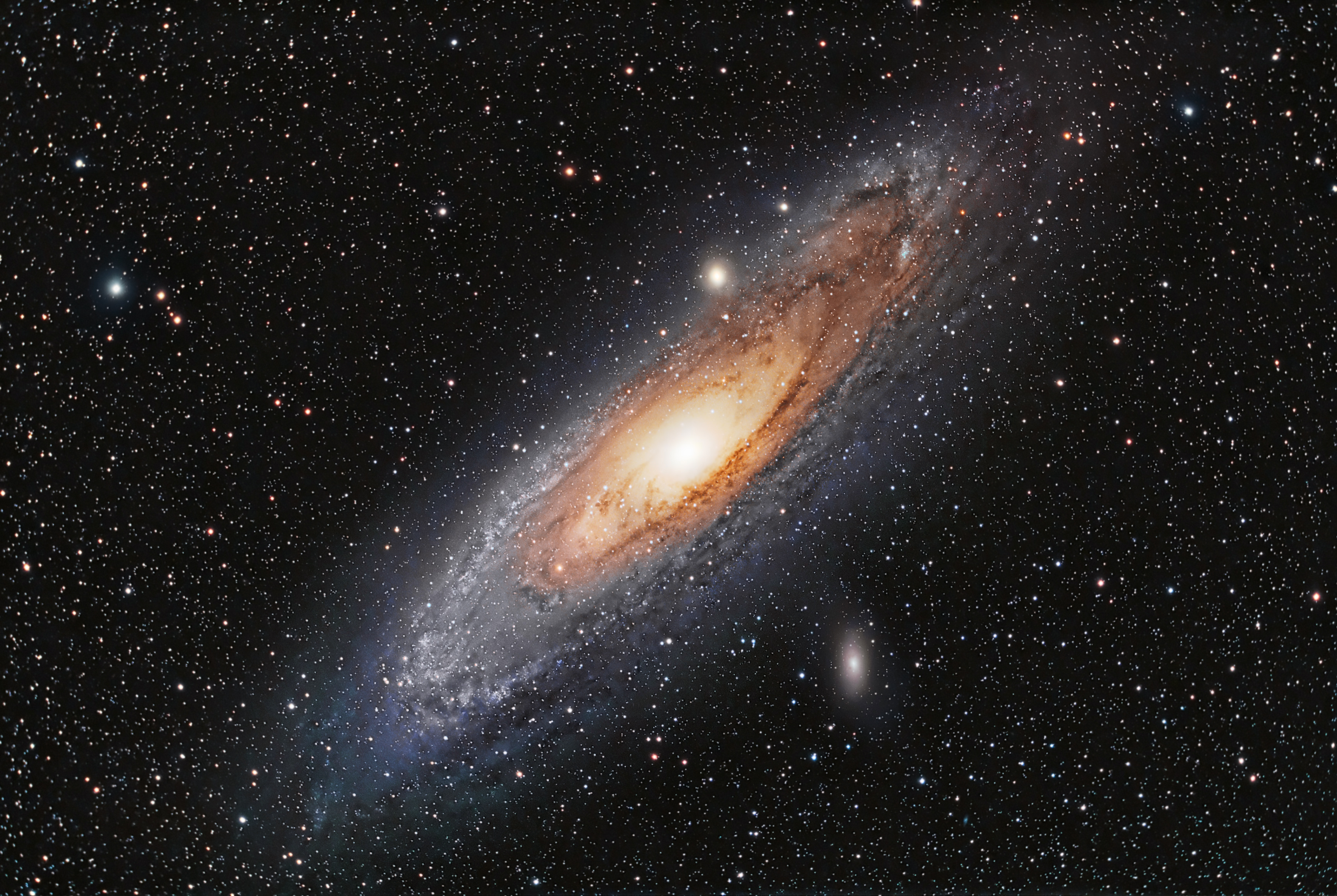 This image was taken from a dark site between Conestoga Lake and Listowel, Ontario, in August of 2010. It was winner of the Skynews (Canada) magazine annual Astrophotography contest (2010/2011) for best deep sky image with a DSLR camera. It has been used by Skynews many times in ads promoting their contest. It also won in the best overall deep sky image for the KW RASC 8th annual Astrophotography awards.

The Andromeda Galaxy is actually challenging to process as images go. There are a number of areas around and within it of varying brightness and contrast. It is easy to “blow out” certain areas such as the core and outer two small galaxies. This effectively washes out any detail. Having been doing astrophotography for less than 2 years at the time I took this one, I did have some difficulty controlling the blow out within the core.

This image acquired from a dark site NW of Conestoga Lake, Ontario, Canada.