I’m continuing to image with the QHY268C cooled cmos camera. It’s been working quite well. M31 is rising again in the Fall night sky here so it makes a perfect target. And who can resist imaging this grand galaxy especially when you have a new astro camera! 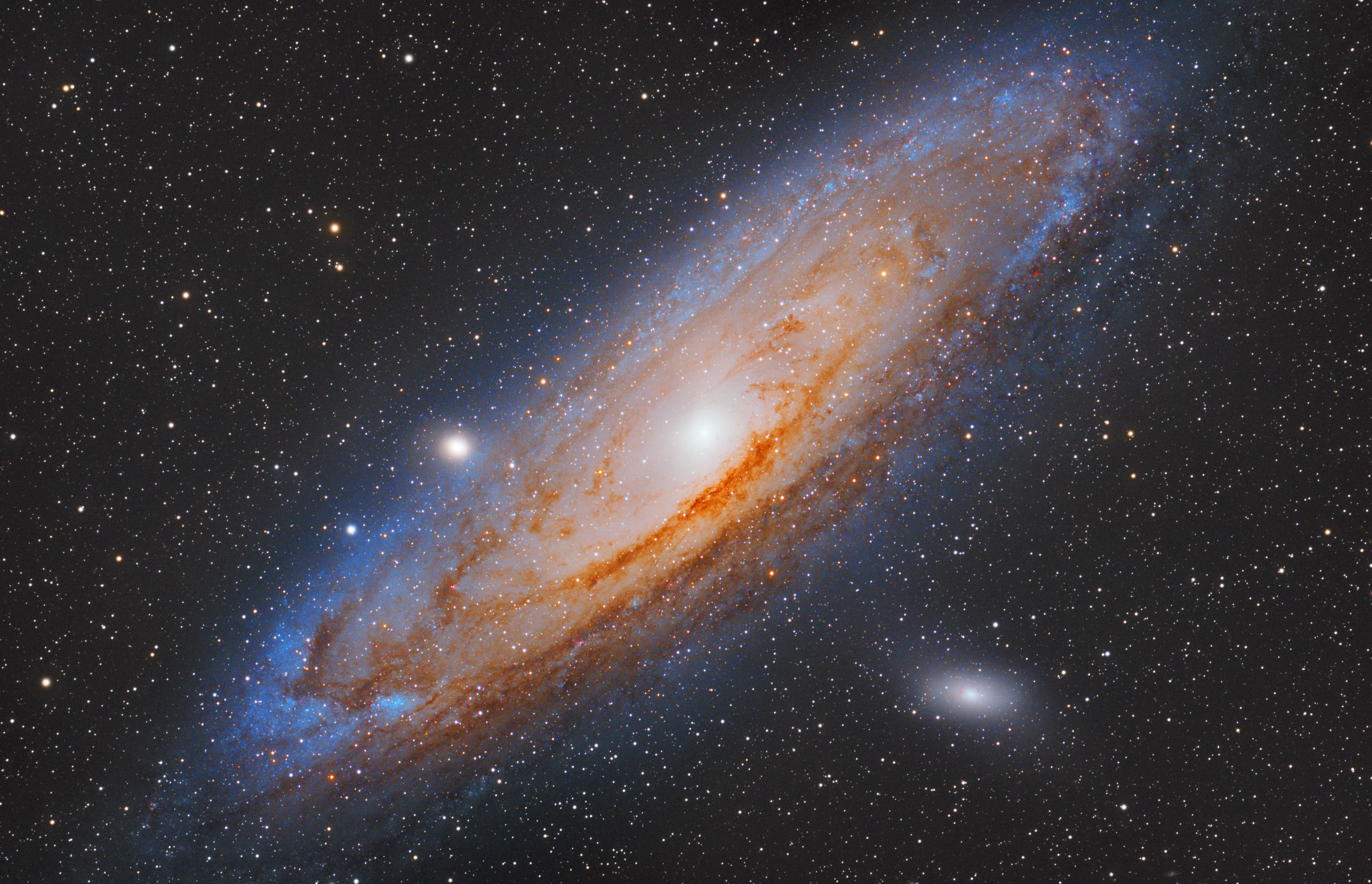 I’ve imaged M31 many times before. Each image I find is a little different but I like all of them. This one is no exception. It represents 21 hours of data taken over a few nights in late September, early October, 2020.  This is RGB colour data using the QHY268C camera. The data was acquired using the NINA software which I’ve found to be quite good and getting better with each new update. This image was processed in PixInsight.

M31is a barred spiral galaxy approximately 2.5 million light-years from Earth and is the nearest major galaxy to our own Milky Way. The galaxy’s name comes from the region of Earth’s sky in which it appears, the constellation of Andromeda. M31 is estimated to be comprised of 1 trillion stars. Our Milky Way galaxy and M31 are expected to collide with one another in approximately 4.5 billion years, merging into a giant elliptical galaxy.

Did you know? M31, the Andromeda galaxy, is visible with the naked eye from a dark location! It’s also easily seen with binoculars as a fuzzy glowing object against the darkness of space.