Just a quick post on this. While waiting for astronomical dark I pointed the telescope and camera at the Moon and Jupiter. It was a beautiful clear evening again here in Kitchener, Ontario. Not quite as good as the previous night but still deserving of some stargazing. 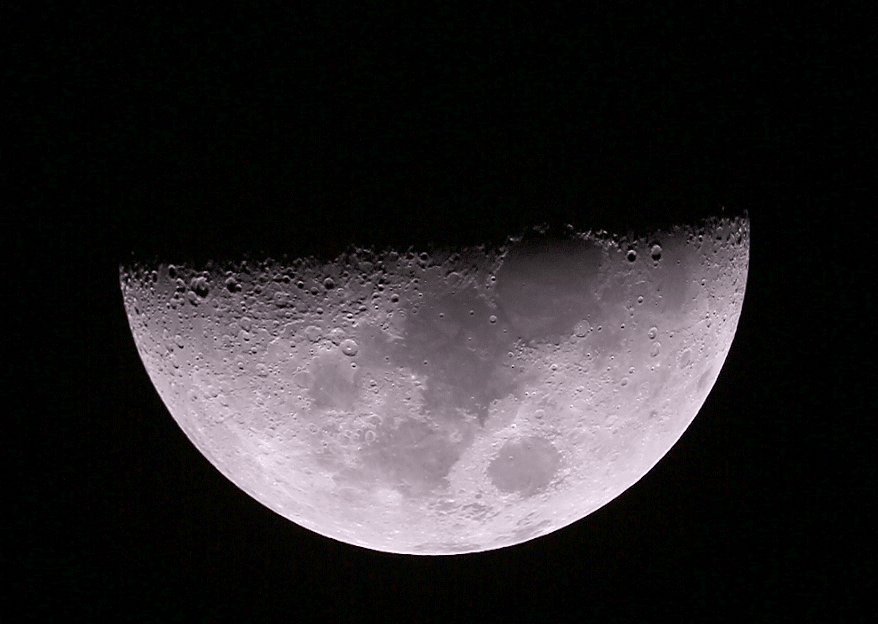 I haven’t had a chance to process all the data from this yet.  I took a few thousand frames of the Moon and Jupiter which will be analyzed by a program to determine which are the most sharp/focused and then all of those will be stacked into a single image of each. 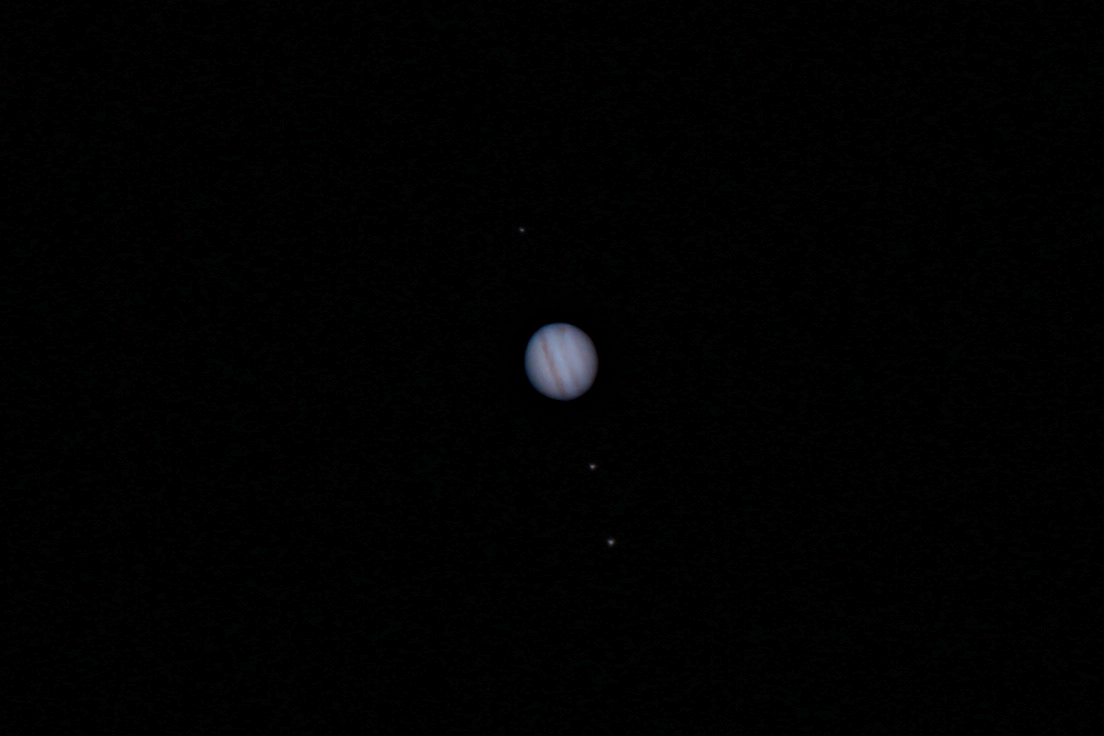 This method allows for weeding out bad frames which are blurry looking due to air turbulence in our atmosphere. I just did a quick process of these single frames of the Moon and Jupiter because, well the Moon looks awesome leading up to full hanging in the darkening evening sky and it’s cool to take an image of a giant planet!

You can sort of see the Great Red Spot coming around to Earth facing on the top edge of Jupiter. The other points of light are some of Jupiter’s largest moons.

Did you know? …With binoculars you can see Jupiter as a ball of light with the smaller moon points of light either side.

Lunar and planetary imaging is fun and instantaneously rewarding unlike astrophotography of deep sky objects which the data needs many hours of acquisition and many more hours of processing to become those pretty photos we see.

These images were acquired with a Canon 70D attached to a Celestron 9.25 SCT. The video recording via the 70D was controlled by the Backyard EOS program (BYE). I’ll be posting more on BYE in the near future as it’s quite versatile and feature rich for both astrophotography and lunar/planetary imaging.

It’s also interesting how I can take better images of Nebula and Galaxies millions of light years away than I can of the Moon and Jupiter which are practically next door to us, astronomically speaking. Planetary and lunar imaging is an art form on its own. One I have yet to spend more time mastering. I am however quite pleased with these results!