26 hours of data on the Iris Nebula

Meet the Iris Nebula in Cepheus. Also known as NGC 7023. This image represents 26 hours of data taken over 7 clear nights in May and June 2019. 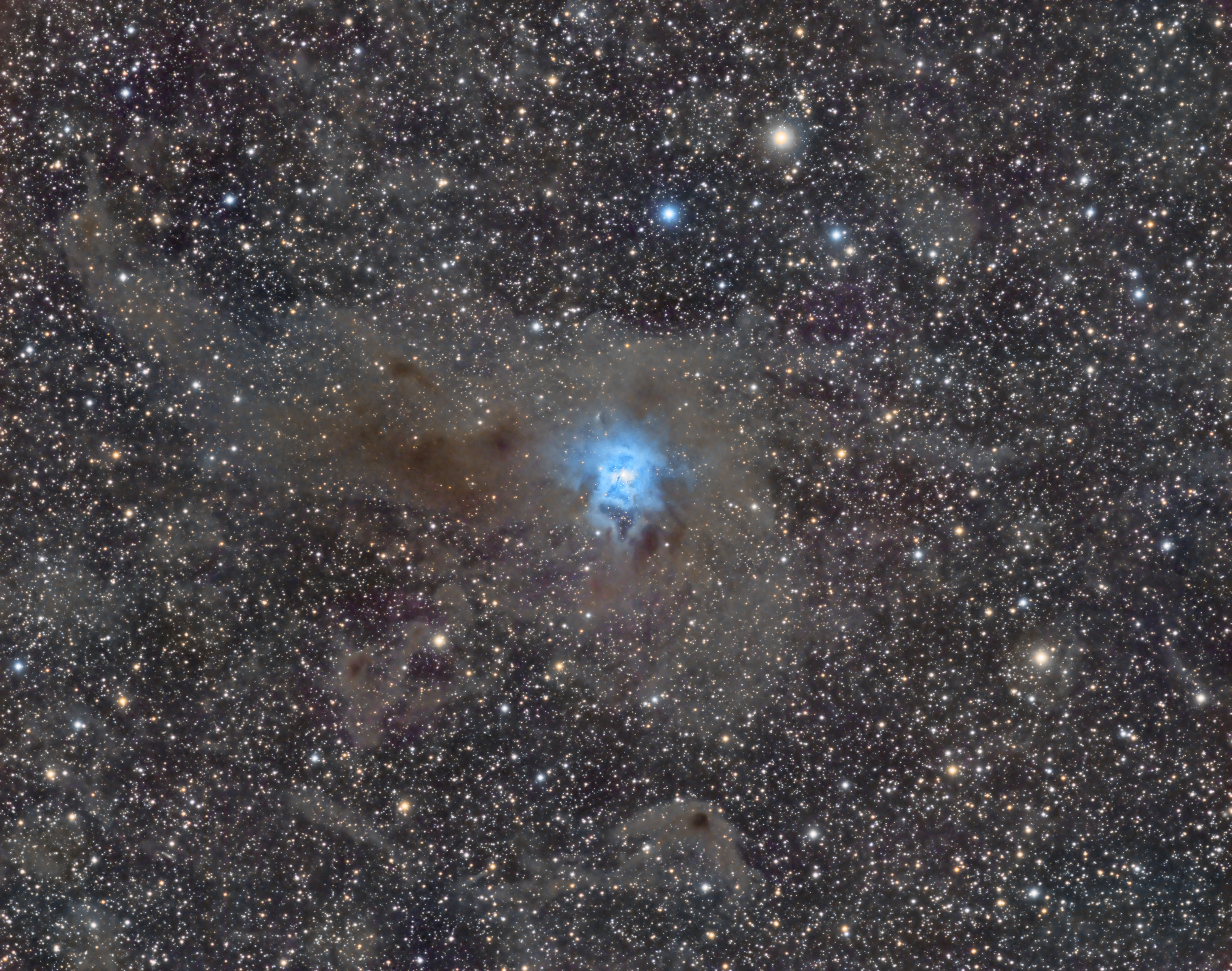 The Iris Nebula is approximately 1,300 light years distance from Earth. It resides in the constellation of Cepheus from our perspective. NGC 7023 is actually the cluster within the nebula, designated LBN 487. The nebula is lit by a magnitude +7 star at its core that is visible in this image.

This deep image shows the dark interstellar dust surrounding the nebula and throughout this region of space. Colours and symmetries abound. The Iris Nebula itself invokes thoughts of mystery and magic!

I took this image from my backyard in Kitchener, Ontario, Canada. Full nights were devoted to capturing the data. For part of the night, the telescope and CCD camera imaged into Bortle 7 sky which is nearing as bad as it gets for light pollution, albeit one step away from the maximum of Bortle 8.

The light pollution emanating from the city itself casts a veil of light that diminishes the ability to see the stars and deep sky objects.

Imaging through light pollution means getting lots of data to try and counter its effects. The other half of the night as the Iris Nebula rises higher into the sky, places it in Bortle 6 sky from my location. I’m located on the outer edge of the city and have overhead sky that isn’t as effected by light pollution and also into the south and west. This helps when imaging faint objects although still not ideal.

I think this is probably the longest I’ve ever imaged one deep sky object. I knew it would be challenging to capture the intergalactic dust in the region and have it pop out given my skies. The Iris nebula itself is more easily captured due to its higher surface brightness. So I was pleased after investing 26 hours of capture time and another 4-5 hours of processing and shooting from a mid-size city, to have this image show the dark dust as well as it does.