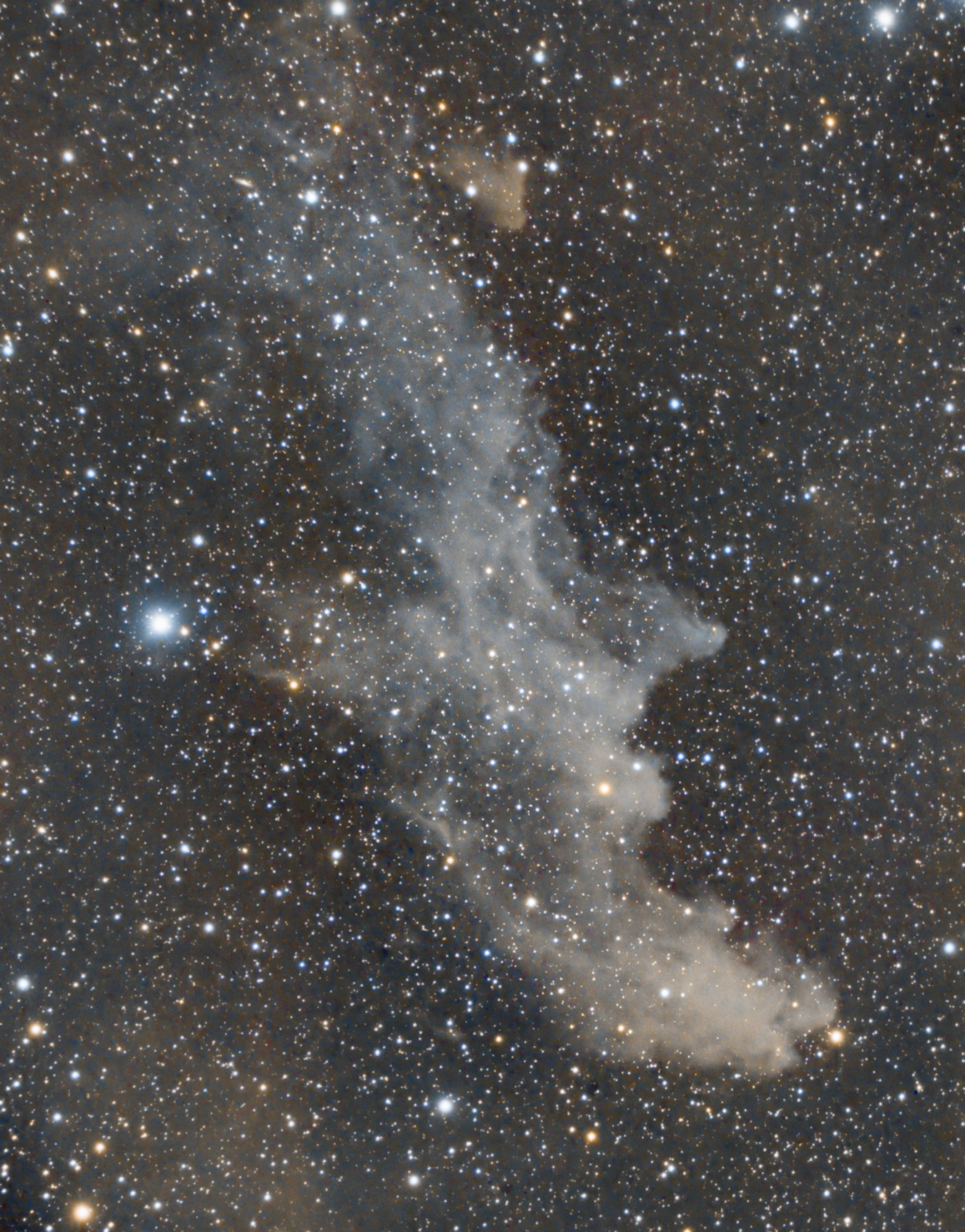 IC 2118 The Witch Head Nebula has long been a night sky target I’ve wanted to photograph. It’s a challenging object due to how extremely faint it is and how large it is. A very wide field-of-view is needed to fit all of it in the frame. I’ve attempted to image the Witch Head Nebula before but they were more experimental in the end. Those attempts gave me a better idea of what I needed to do in future imaging runs.

This image was taken Oct 29th, 2014 and is 6 hours of colour data. A QHY8 6mp cooled CCD camera was used along with the William Optics Zenithstar 71mm APO refractor with a Flat6 .8x reducer/flattener attached.

The Witch Head Nebula is a reflection nebula approximately 1000 light years from Earth. It is situated (from our perspective) near the bright supergiant star Rigel in the Constellation of Orion the hunter. Orion is a famous winter constellation easily identified by it’s distinctive 3 stars in a row on an angle that form the belt of Orion.

The Witch Head Nebula is believed to be the remanent of an ancient supernova. It gets its name from its similar appearance of a Witch’s head and face viewed from the side.

Nebulosity for acquisition. PHD and Orion autoguider for tracking

As always thanks for reading and #clearskies!