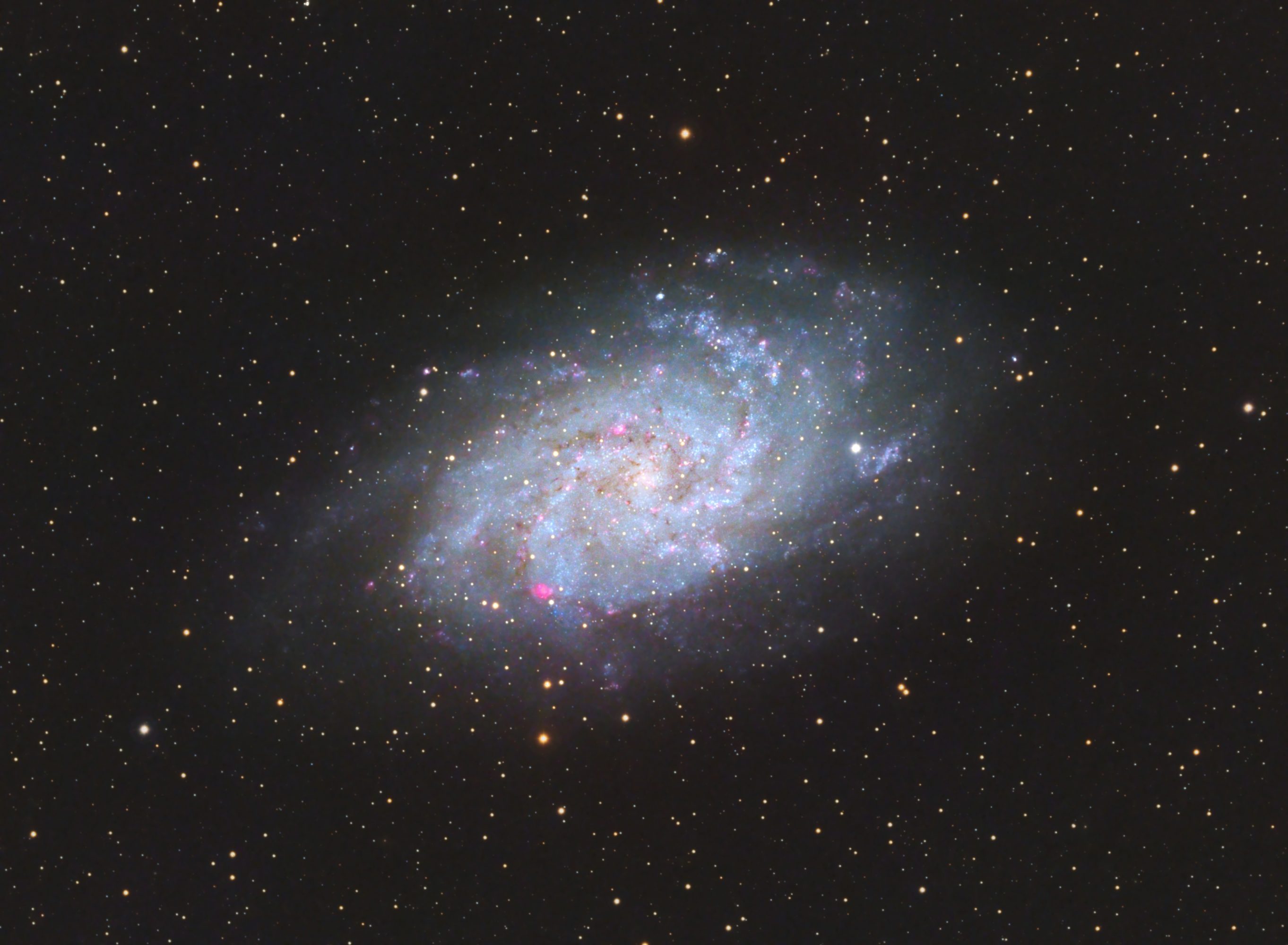 The Triangulum Galaxy is best observed through very large binoculars or modest magnification telescopes. Astrophotographers like it because its spiral arms and brighter H II areas can be captured with their telescope and camera.

Have you imaged M33? Let me know in the comments below!