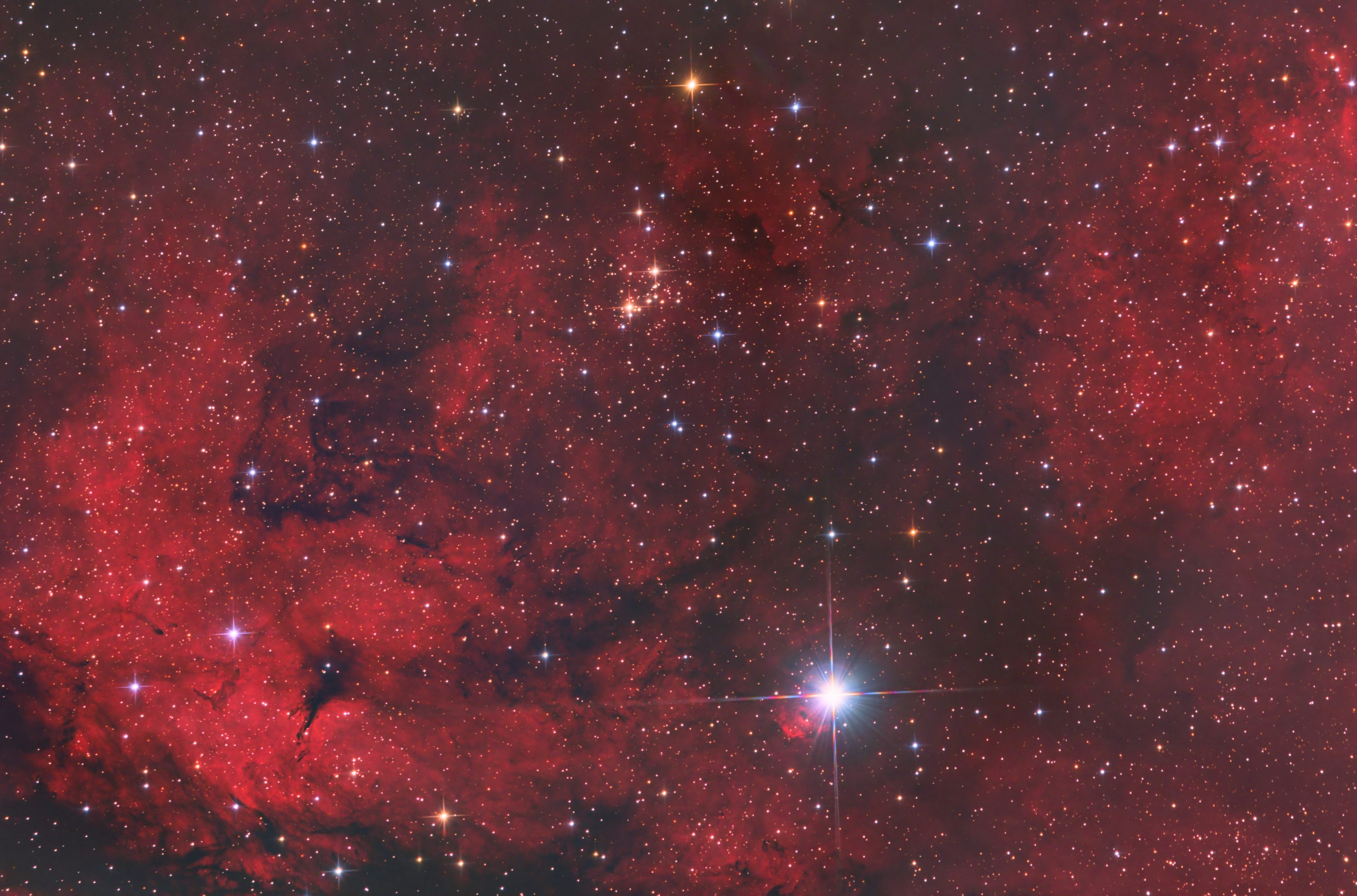 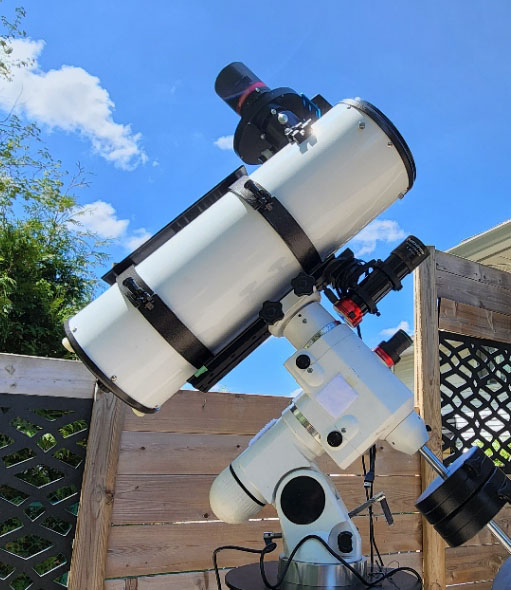 This is my first image taken with the new Starfield Optics 8″ reflector at F3 with the Starizona Nexus reducer/corrector. Also used was a QHY268M camera and Optolong Ha (3nm) R-G-B filters.

NGC 6910 is an open cluster in the constellation Cygnus. It was discovered by William Herschel on October 17, 1786. The cluster was also observed by John Herschel on September 18, 1828. NGC 6910 is the core cluster of the stellar association Cygnus OB9.

Gamma Cygni, officially named Sadr, is a star in the northern constellation of Cygnus, forming the intersection of an asterism of five stars called the Northern Cross. It is approximately 1,800 light-years from the Sun. It forms the primary or ‘A’ component of a multiple star system.