Return to the Horsehead and Flame Nebulae 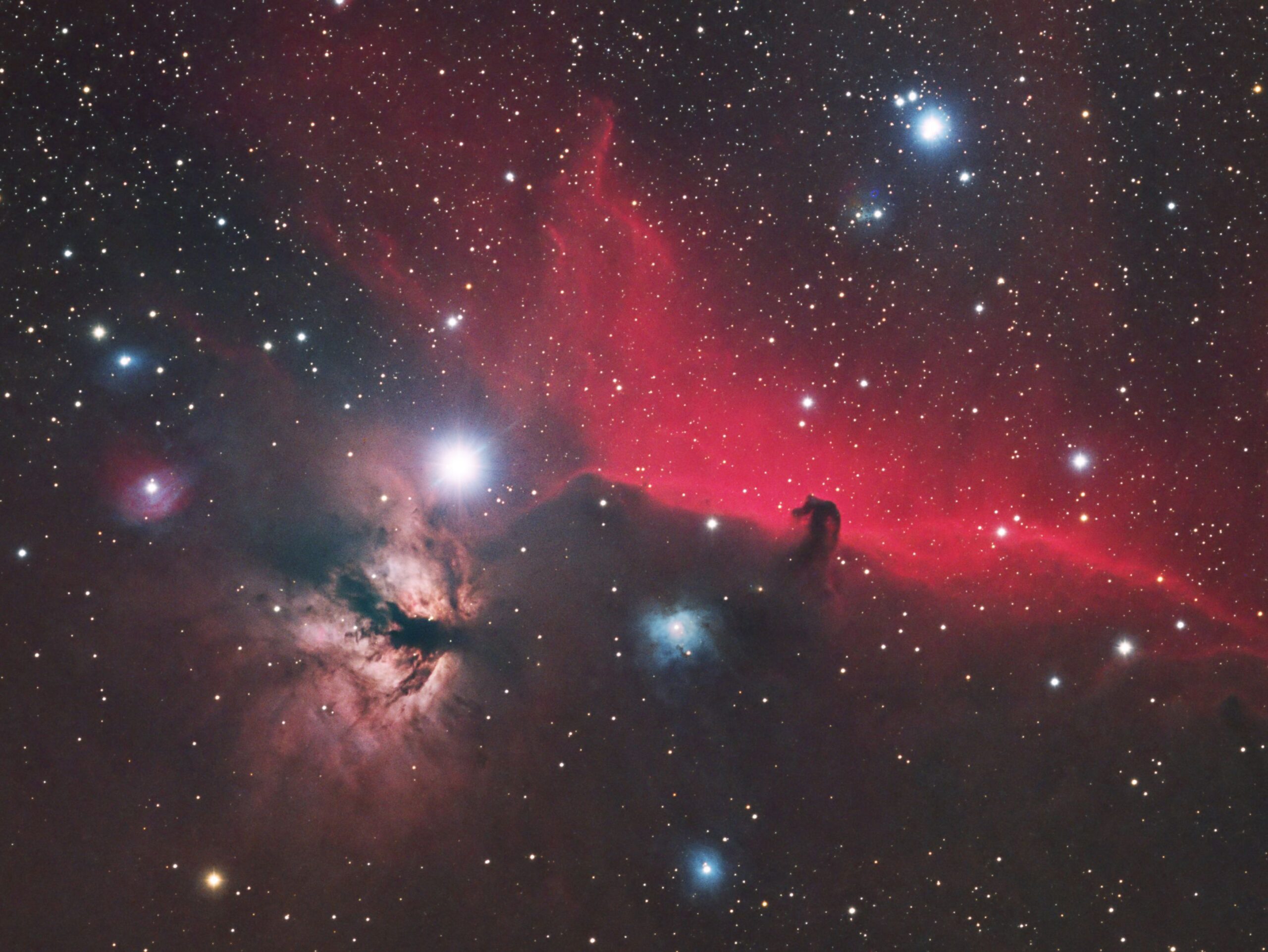 It’s been quite some time since I imaged this region of space. Nearly 10 years much to my surprise as I thought about it. Returning once again to the Horsehead and Flame Nebulae, I found myself armed with a new equipment and a new set of imaging and processing skills than previous. 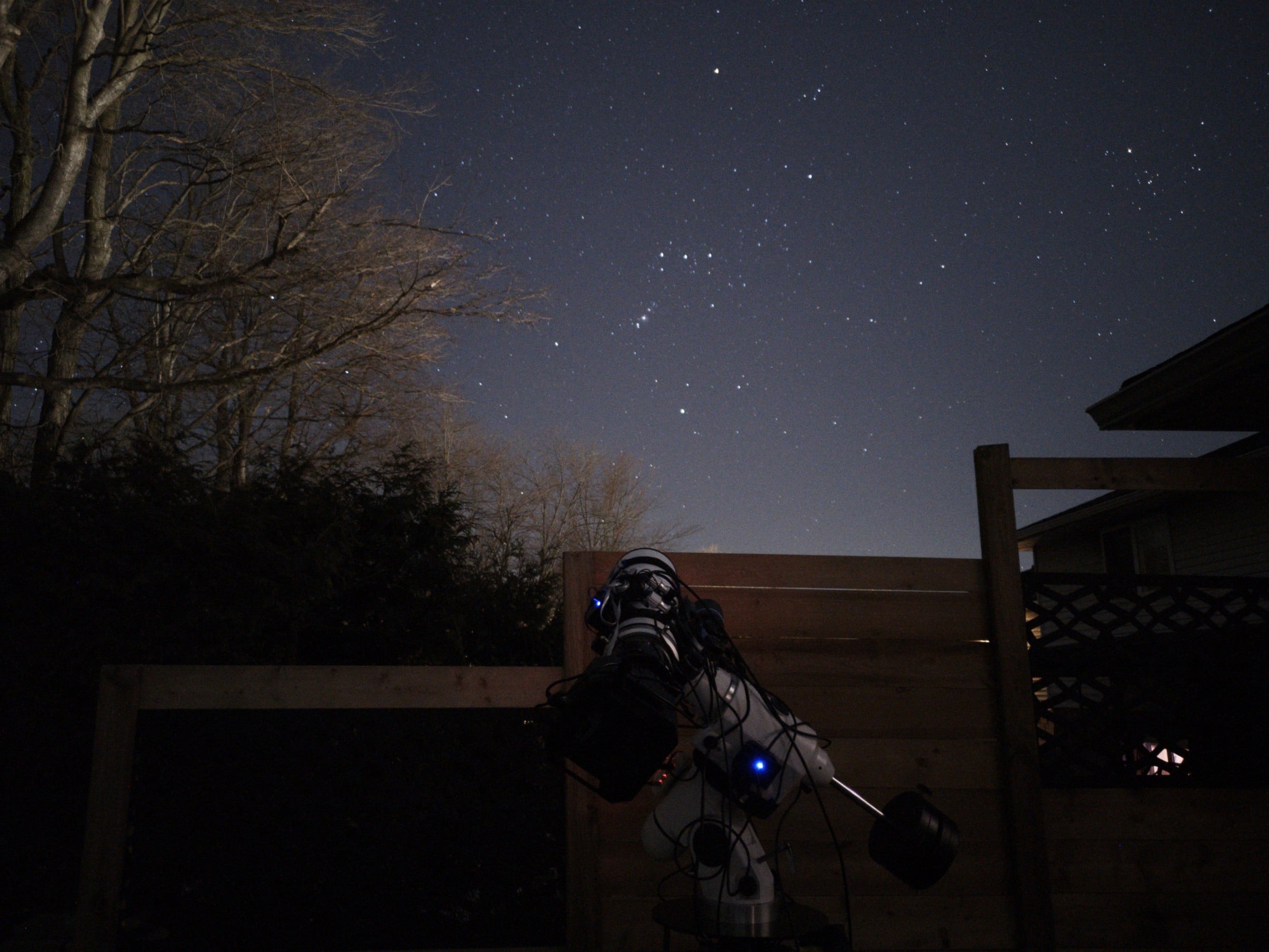 Imaging this deepsky object is challenging for me as the constellation of Orion for most of the Winter season is behind trees for me. I get some time on it the early morning hours after it’s passed the tree and really it’s evenings in March in order to be able to image it earlier. I also only have 2-3 hours max each night before it dip to low behind rooftops. This combined with weather and a short imaging window before it dips to low to the horizon, makes it really difficult to gather data on.

It took me 4 nights over the period of almost a month to gather enough Ha and RGB data to produce this image. It was well worth the effort though. 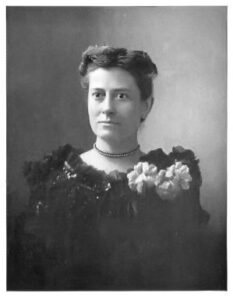 Horsehead Nebula (Barnard 33) is an infamous dark nebula in the constellation Orion. The Horsehead nebula is located just to the south of Alnitak, the easternmost star of Orion’s Belt. Williamina Fleming was the first to record it in 1888 on a photographic plate taken at the Harvard College Observatory. She was a Scottish astronomer. She started out as a housemaid with no scientific training or qualifications. It gets its name from having the appearance of a horse’s head.

I thought this was fascinating. This is Horsehead Nebula, taken with an 8-inch Bache Astrograph, at Harvard College Observatory on the February 6h, 1888! 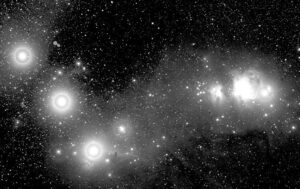 Nearby lies the Flame Nebula (NGC 2024). In front of the bright glowing center is dark gas and dust and this is what creates the dark network that appears in the center of the nebula, giving its appearance of a flame.

What do you think? Have you imaged the Horsehead and Flame Nebulae? How did it go? Comment below and let me know.

The astro gear I use…