It goes without saying that the constellation of Orion the hunter is one of the most well known in the Winter night sky. Very large in size and its distinctive three bright stars (on an angle) in a row forming the Hunter’s belt, makes it easily identifiable to even those not familiar with Astronomy. 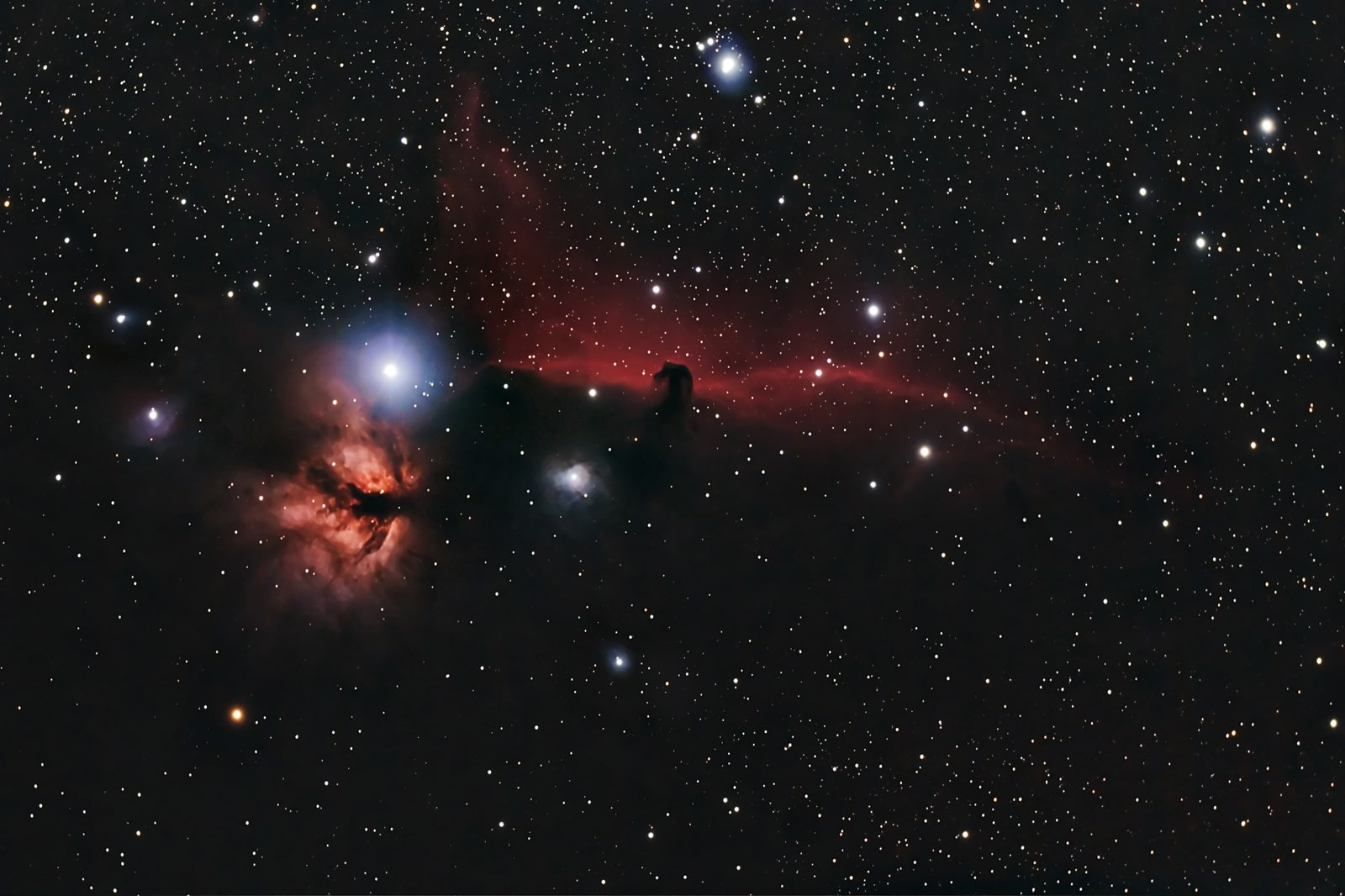 This area of space is also home to many astounding objects, most notable the great Orion Nebula M42 which a giant star forming region only 1600 light years from Earth. M24 is actually visible with the naked eye even from small to mid-sized light polluted cities! It appears as a diffuse greenish/grey patch of light below the belt of Orion.

Within Orion and situated beside one of its three bright belt stars (Alnitak) are the Horse Head and Flame Nebulae. The Horse Head is a dark nebula and gets its name due to its appearance of looking very similar to a horse’s head and neck.

See also my closeup image of Horsehead nebula and Flame Neubla in my post here http://visibledark.ca/horsehead-nebula-b33-and-flame-nebula-in-orion/

These objects are not visible with the naked eye and even require a large aperture telescope to see visually by a trained eye. Pointing a camera attached to a telescope at this region reveals two stunning and massive dust and gas clouds which are part of the much larger Orion Molecular Cloud Complex.

The nebula was first recorded in 1888 by Williamina Fleming on photographic plate B2312 taken at the Harvard College Observatory.

I took this image using an Equinox 80mm ED APO refractor which provides a wider field of view (FOV) than the Celestron CPC800 SCT does.

The data acquisition for this photo was done from a former dark(er) site near Linwood, Ontario. We no longer use this location however due to the growth and expansion of Kitchener-Waterloo just 30 minutes away. More light pollution (a light dome) is now reaching out to this rural location and washing out some of the sky. Effectively we are having to go farther away and longer drives away from K-W in order to find some measure of relief from the light pollution.