One of the most spectacular objects in our night sky is undoubtedly The Orion Nebula (M42) in the constellation of Orion the hunter. This constellation is best seen in the Winter months (northern hemisphere) of January and February when it’s high above the South-East and South horizon during the evening hours. The Orion Nebula is actually visible with the naked-eye just below the three bright stars that form the belt of Orion. With no optical aid it looks like a small faint and grey cloudy spot. I wouldn’t be surprised if many people have looked up at Orion on a clear cold Winter’s night and seen the Orion Nebula but not realized what they were actually looking at. 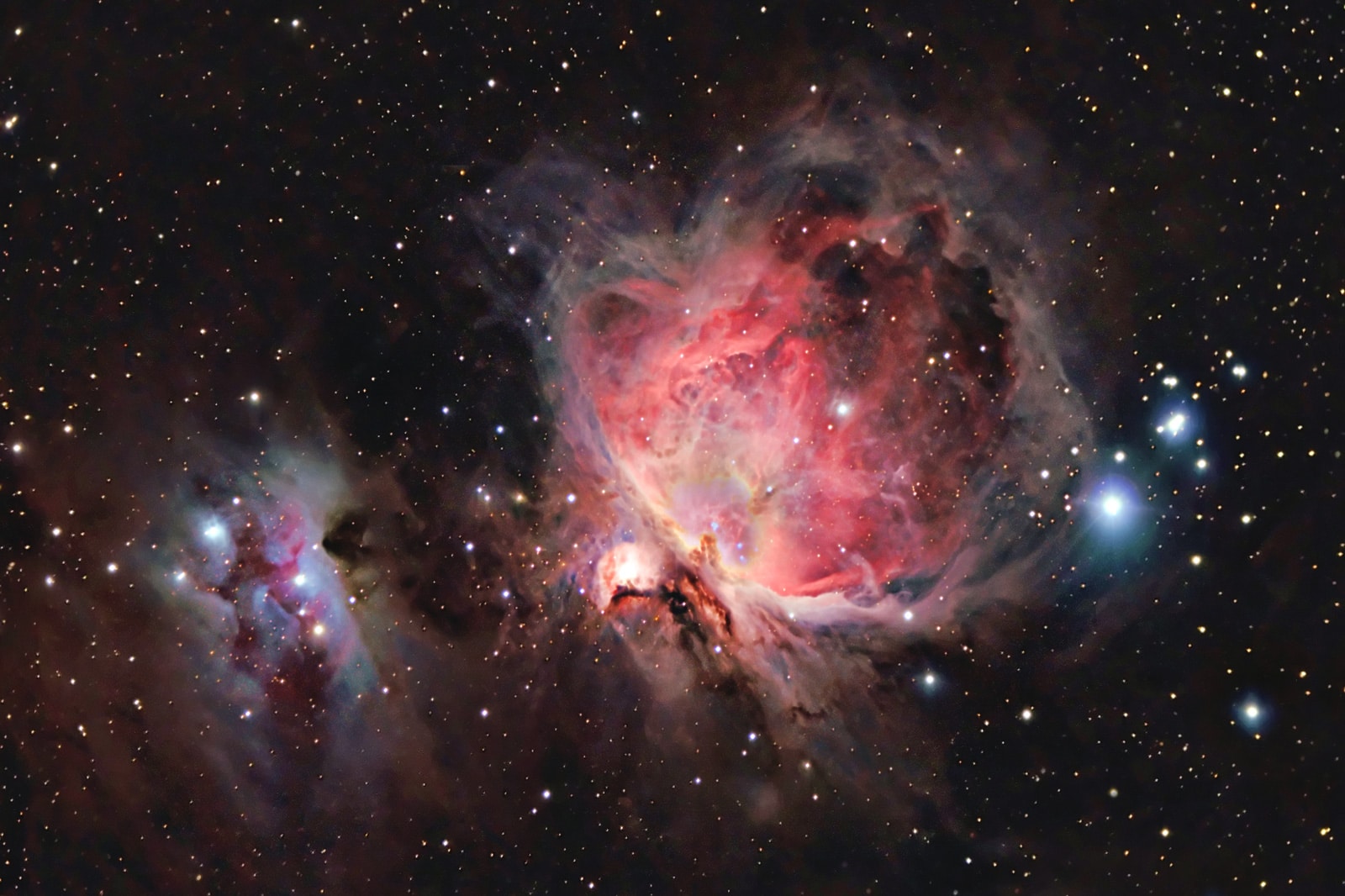 M42 The Orion Nebula is estimated to be 24 lights years across and at a distance between 1300-1600 light years. It is one of the brightest nebula.  Older texts frequently refer to the Orion Nebula as the Great Nebula in Orion or the Great Orion Nebula.

The Orion Nebula is one of the most scrutinized and photographed objects in the night sky, and is among the most intensely studied celestial features. The nebula has revealed much about the process of how stars and planetary systems are formed from collapsing clouds of gas and dust. Astronomers have directly observed protoplanetary disks, brown dwarfs, intense and turbulent motions of the gas, and the photo-ionizing effects of massive nearby stars in the nebula. There are also supersonic “bullets” of gas piercing the hydrogen clouds of the Orion Nebula. Each bullet is ten times the diameter of Pluto’s orbit and tipped with iron atoms glowing bright blue. They were probably formed one thousand years ago from an unknown violent event.

To the left of M42 in this photo is NGC1977, the Running Man Nebula, which gets its name for somewhat obvious reason!