M8, The Lagoon Nebula, is a giant interstellar cloud in the constellation Sagittarius.

It is classified as an emission nebula. The Lagoon Nebula was discovered by Guillaume Le Gentil in 1747.  It’s actually one of two star-forming nebulae faintly visible to the naked eye from mid-northern latitudes. The other being M42 The Orion Nebula in the Constellation of Orion. Seen with binoculars, M8 appears as a cloud-like patch with a distinct core. 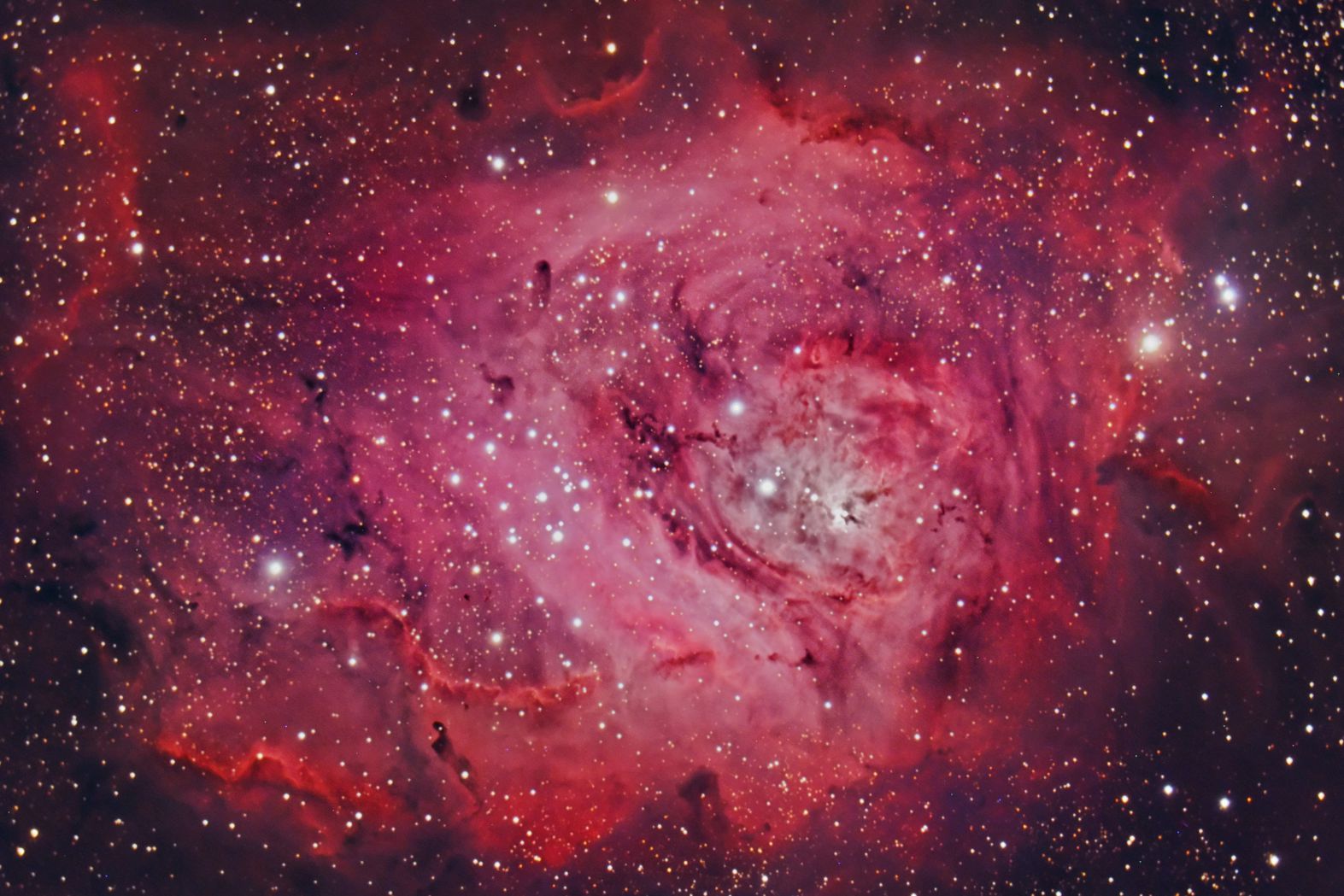 M8 the Lagoon Nebula is best seen during the Summer months looking south. The teapot shape formed by the brighter stars of Sagittarius is one of the more easily recognized shapes in the night sky. The M8 designation is short for Messier 8, as noted in the Messier catalog of deep sky objects.

This image of M8 The Lagoon Nebula was taken in July of 2010 from Conestoga Lake Conservation Area located in Ontario, Canada.

This photo was also featured in Skynews (Canada) magazine in the Fall of 2010 and was also used in Astronomy magazine within an ad promoting their online reader image gallery.