Last look at the Orion Nebula for another season

Like old friends coming and going, so do the stars, constellations and deep sky objects of the various seasons. For Winter one of the most popular objects for both visual stargazers and astrophotographers is the Orion Nebula, designated as M42. 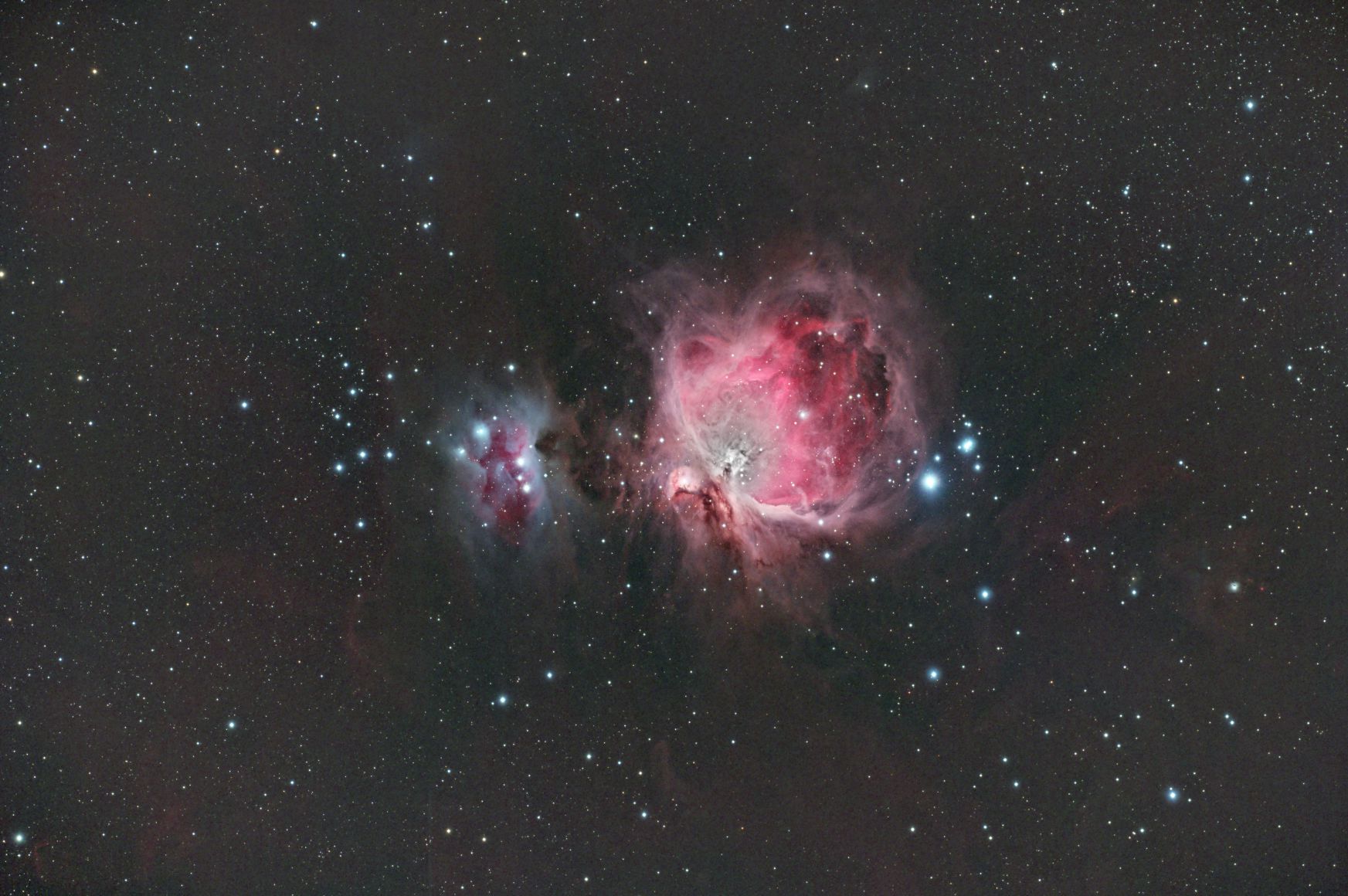 The Orion Nebula along with the Running Man Nebula (NGC 1977 beside it) is high in the south-west sky as darkness falls. It’s situated just below the famous belt of Orion of the Hunter, marked by three bright stars in a row, and is even visible with the naked eye from suburban locations with moderate light pollution. 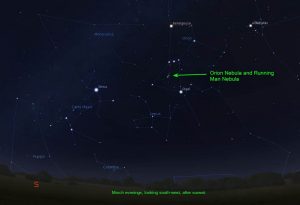 I’ve watched the constellation of Orion and M42 return year after year for nearly four decades now. Rising in the east during late Fall in the wee hours of the morning and on to it’s grand display high in the south-east and south, early evenings of the Winter months. Spring is here now though in the Northern Hemisphere and the month of April just a couple days away. My old friend is nearing departure for another season.

So I thought I’d take a last look and last image of the Orion Nebula while it was still positioned well enough in the early evenings of late March. It never disappoints that’s for sure!

This image is a combination of H-alpha, red, green and blue data. It was processed completely in Pixinsight. Those observant readers will notice that I did not mention any “luminance” data for this image. That’s because I didn’t take any. I used astrophotographer Ron Brecher’s method of creating and applying a synthetic luminance to the image which not only works quite well but means I can save some imaging time or apply more time to the Ha, R-G-B data acquisition, depending on how you want to look at.

There’s an amazing mix of physical and optical processes occurring when looking at an image of the Orion Nebula including atomic emission, Rayleigh scattering, reflection and absorption of light, that go on in this star forming region.