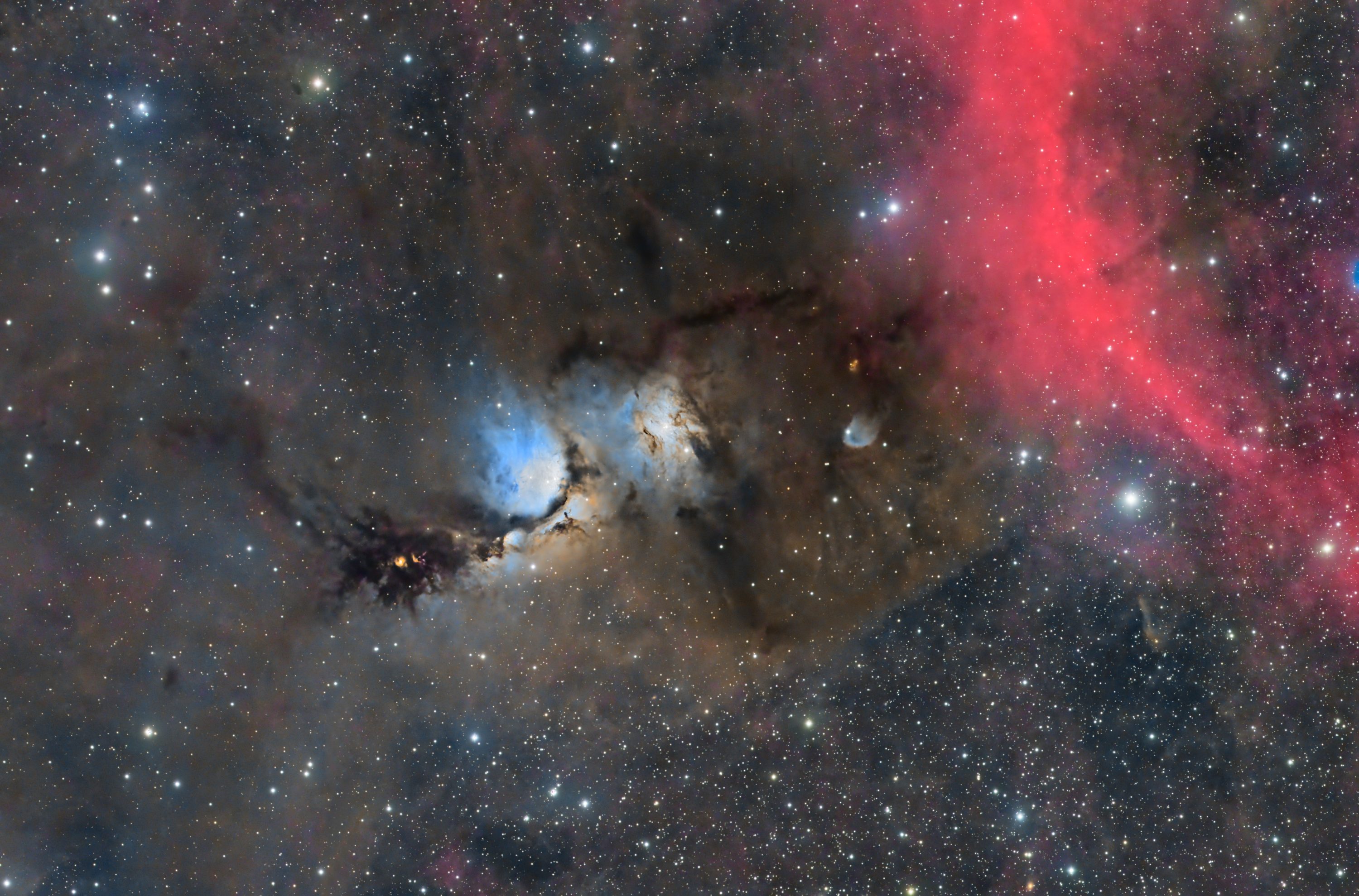 I’m sure if you’re a fan of astronomy, you’ve heard of the M78 nebula in the Orion constellation. It’s an iconic nebula that’s been photographed and studied by astronomers for centuries.

I had some data that I took via the iTelescope remote network and had processed previously. That was before BlurXterminator came along and changed image processing forever! See my other post for more detailed information about BlurXterminator.

Introduction to the M78 Nebula

The M78 nebula, also known as NGC 2068, is a reflection nebula located in the constellation of Orion. It can be easily spotted in the night sky with a small telescope or binoculars and is one of the brightest diffuse nebulae in the sky. The M78 nebula has a diameter of about two light-years, and it is estimated to be around 400 light-years away from Earth. It is part of a larger complex of nebulae known as the Orion Molecular Cloud Complex.

Location of the M78 Nebula

The M78 nebula is located in the constellation of Orion, one of the most easily recognizable constellations in the night sky. It is located near the belt stars of Orion, which are three bright stars aligned in a row. The M78 nebula is situated near the center of the Orion Molecular Cloud Complex, which is an interstellar cloud of gas and dust that is home to many nebulae and star clusters.

History and Discovery of the M78 Nebula

The M78 nebula was first discovered in 1780 by French astronomer Pierre Mechain. He described it as a “nebulous star” in a letter to fellow astronomer Charles Messier. Messier included the M78 nebula in his famous catalog of astronomical objects, which is why it is also known as Messier 78.

Since its discovery, the M78 nebula has been studied extensively by astronomers. In the early 1900s, the nebula was photographed by the famous astronomer Edward Emerson Barnard. He was able to capture the nebula in detail, revealing its characteristic dark dust lanes and bright regions of glowing gas.

Characteristics of the M78 Nebula

The M78 nebula is a reflection nebula, which means that it is illuminated by the light of nearby stars. This light is reflected off of the gas and dust in the nebula, giving it a characteristic blue color. The M78 nebula also contains dark dust lanes, which are regions of the nebula that appear darker because they are blocking the light from the stars.

The M78 nebula is home to a number of stars, including several young stars that are still in the process of forming. Some of these stars are responsible for the illumination of the nebula, while other stars are still too faint to be seen.

A popular processing technique known as “deconvolution”, can be used to reduce the effects of atmospheric turbulence on the image. This can help to bring out more detail in the image, as it reduces the blurring caused by the Earth’s atmosphere. This is what BlueXterminator does.

BlurXterminator is an AI (artificial intelligence) based tool for PixInsight. It can remove the effects of atmospheric turbulence on the image and bring out more detail. It is easy to use, and it can produce impressive results with just a few clicks.

Pixinsight is a powerful and complex software, and it requires some time and effort to learn how to use it properly. However, it is an effective tool for processing images like the M78 nebula, and it is capable of producing impressive results.

Final Thoughts on the M78 Nebula

Processing of astronomical images can be a bit tricky, but with the help of software such as BlurXterminator and Pixinsight, it is possible to bring out even more detail in the image. If you’re looking for a challenge, then the M78 nebula is definitely a great target to image and process.