Antares and the dust clouds 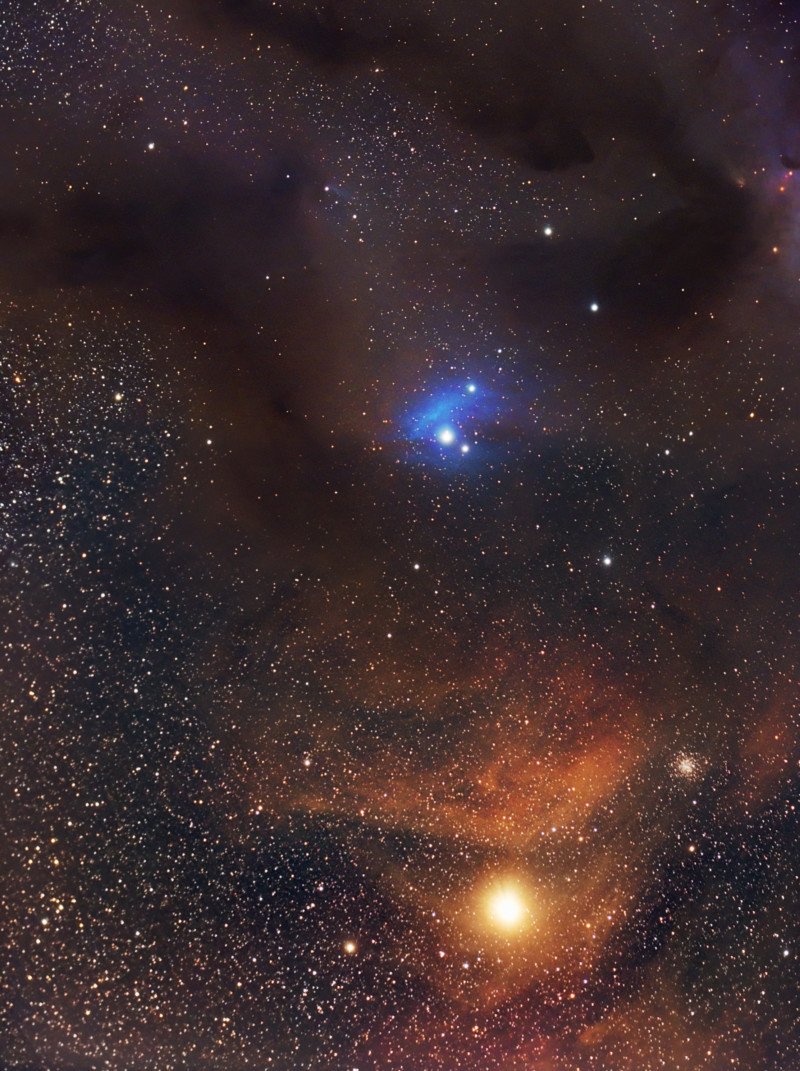 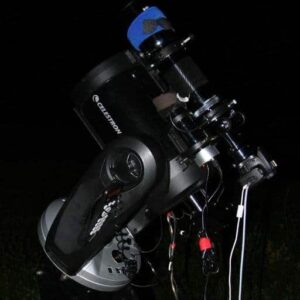 This is a two pane mosaic of the bright Summer star Antares and part of the Rho Ophiuchus dust cloud region around it. It’s a very striking area of the night sky to photograph during the summer months. Antares is distinctly reddish when viewed with the unaided eye, visible in the south. It’s a red supergiant and the brightest star in the constellation Scorpius. It’s often referred to as “the heart of the scorpion”. Its at at a distance of approx 550 ly from Earth.

I imaged this during Summer of 2011 from near Conestoga Lake, Ontario, Canada.

The photo of the telescopes shows the Skywatcher Equinox 80mm refractor riding on top of the CPC800 SCT. I used this setup to take a lot of astro images over several years!