Antares and the Whispy Moon Clouds

Antares and the Whispy Moon Clouds

Photography of the night sky using a fixed tripod

One of the great things about photographing the night sky is you don’t have to have expensive telescope and camera equipment to take some incredible photos of the heavens above. Like this photo of the star Antares with whispy Moon clouds. 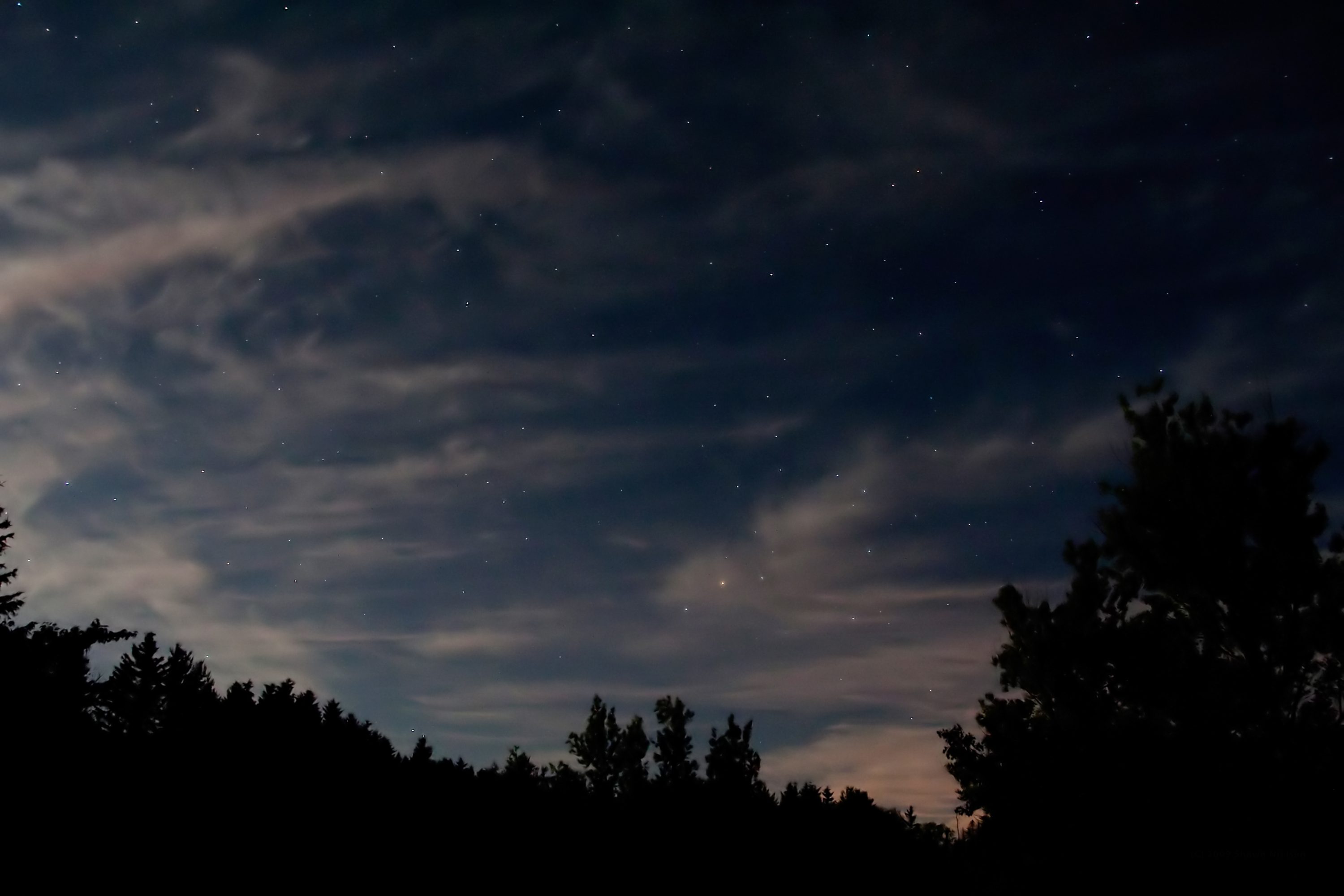 This photo I took of the constellation Scorpio (with bright red Summer star Antares, the eye of the scorpion) and whispy clouds lit by the Moon was certainly a fabulous addition to my astro images. It was done simply with a regular DSLR Canon camera on a fixed tripod. Easy!

Interesting enough I had not set out that night to take this photo. Myself and some fellow astrophotographers had gone to one of our imaging locations at Conestoga Lake Conservation Area about 30 minutes outside Kitchener and Waterloo (Ontario) to collect some deep sky photons before the Moon came up. The clear conditions didn’t last though as a band of clouds moved in and had no end in site.

Not being defeated, I took down and packed up my telescope equipment and then grabbed my Canon DSLR and tripod. I had noticed with the rising Moon that the clouds were being nicely illuminated and they were very interesting in appearance. I was able to frame this shot so the Constellation of Scorpio (the scorpion) with its bright red star Antares were center featured.

The above photo is a combination of four 10 seconds images stacked together. Manual settings were used on the camera along with a pretty standard 17mm lens. Nothing fancy and yet the end result is fantastic I think. I had the honour of having this photo chosen  Picture of the Week on Skynews (Canada) Magazine’s website as well.

Doing nightscape photography like this is fun and often the results can be seen immediately without need for a lot of fuss. If you have a camera that allows you to take timed photos manually and you have a tripod for it to sit atop, then you’re ready to go. Point it up at the starry night and have fun!