There’s a fancy new telescope and CCD camera setup at Siding Spring Observatory! An ASA 16″ F3.5 astrograph with an Apogee CG16070 Class 1 CCD, known as the T33. It’s a medium deep field imaging system and it’s a new addition to the fleet of astrophotography telescopes that iTelescope offers access to for imaging professionals and amateurs as well as science based work.

The resolution of this setup is quite impressive. It delivers an 87 x 58 arcmin FoV at an image scale of 1.07 arcsec/pixel. The light gathering capability of the large 16″ primary mirror, a 35mm format CCD and remote dark skies makes this a deep space imaging beast!

My first run with the T33 was narrowband imaging of the well known M20, the Trifid Nebula. This image was taken through the Astrodon 5nm Hydrogen-Alpha filter using 5-minute exposures. A total of 40-minutes was collected. Processing was minimal for this test image. The images were aligned and stacked in Pixinsight. The image was stretched using a quick method of applying the STF Auto to the Histogram tool. A range mask was created and applied so that HDRmutliscale transform could be applied to the central region of the nebula. 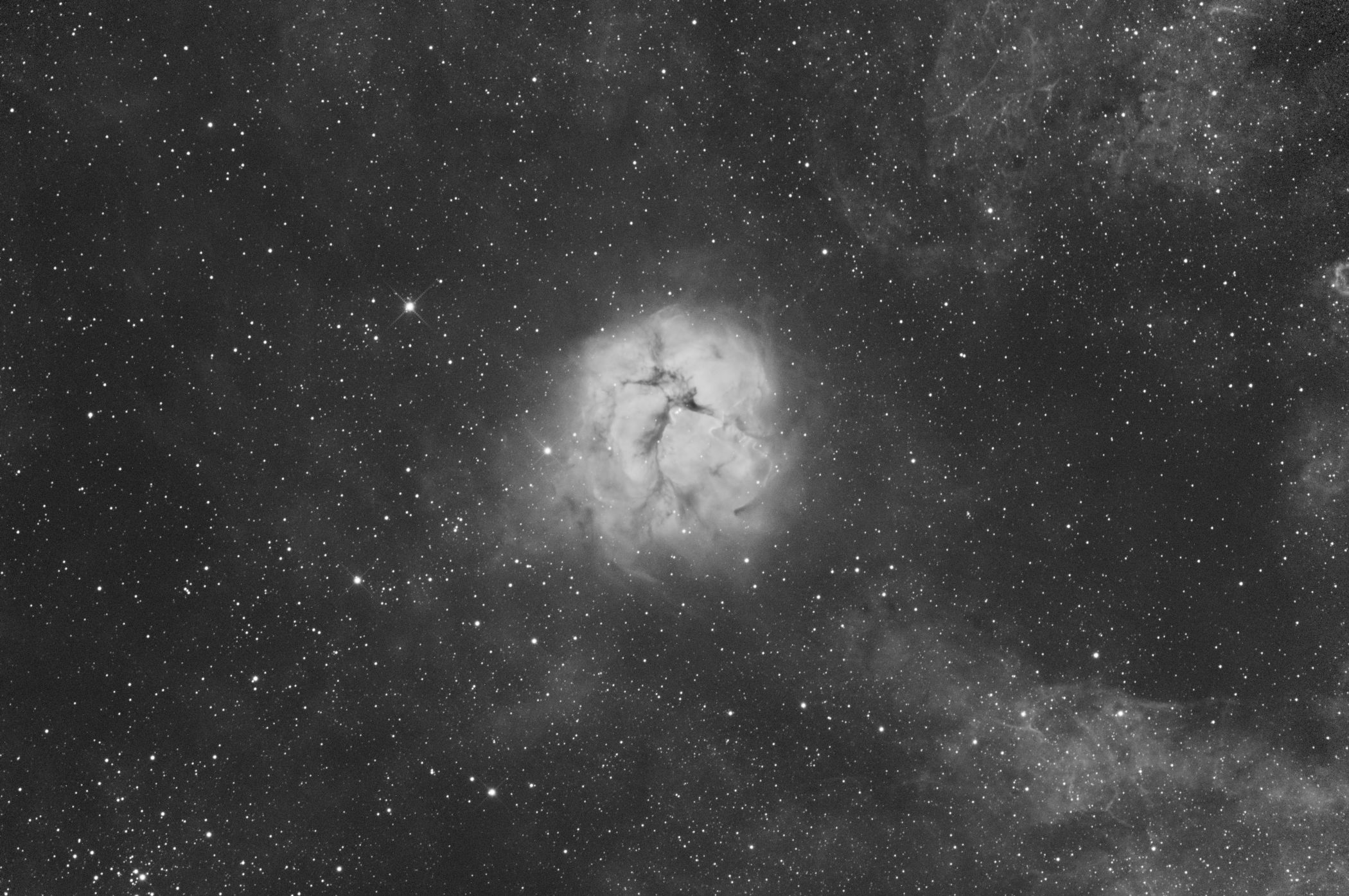 M20 The Trifid Nebula is in the constellation of Sagittarius, “the teapot” as it’s affectionately known. It’s an unusual combination of an open cluster of stars; an emission nebula (red portion), a reflection nebula (blue portion) and a dark nebula (the apparent ‘gaps’ within the emission nebula that cause the trifid appearance; these are also designated Bernard 85).

I’ve previously imaged M20 from here in Ontario, Canada using one of my own telescope/camera setups. You can read more about M20 and view an image I took of it a few years ago using an Orion 10″ astrograph and modified DSLR.  The M20 post can be found here http://visibledark.ca/m20-the-trifid-nebula/

For those interested in the specs of iTelescope’s new T33 ASA 16″ imaging platform here they are below:

Telescope T33’s OTA is a fast 16″ F/3.5 Astro Systeme Austria (ASA) Astrograph mounted on a Paramount ME. The OTA is coupled with a large format main imaging camera and guided with a Starlight Xpress Lodestar using a custom made Off-Axis adapter. This will be the first Off-Axis guided system on the network.

Its filter wheel is filled with a fantastic compliment of seven Premium Astrodon 50mm Round Filters Imaging Filters: