A very popular target of the late Winter and Spring night sky is the Whirlpool Galaxy; cataloged as Messier 51 (M51). It is visible in small telescopes and even binoculars. It resides in the constellation of Canes Venatici, the hunting dogs, which is near the Big Dipper. M51 The Whirlpool Galaxy is positioned not far from the last star in the Big Dipper’s handle, Alkaid. 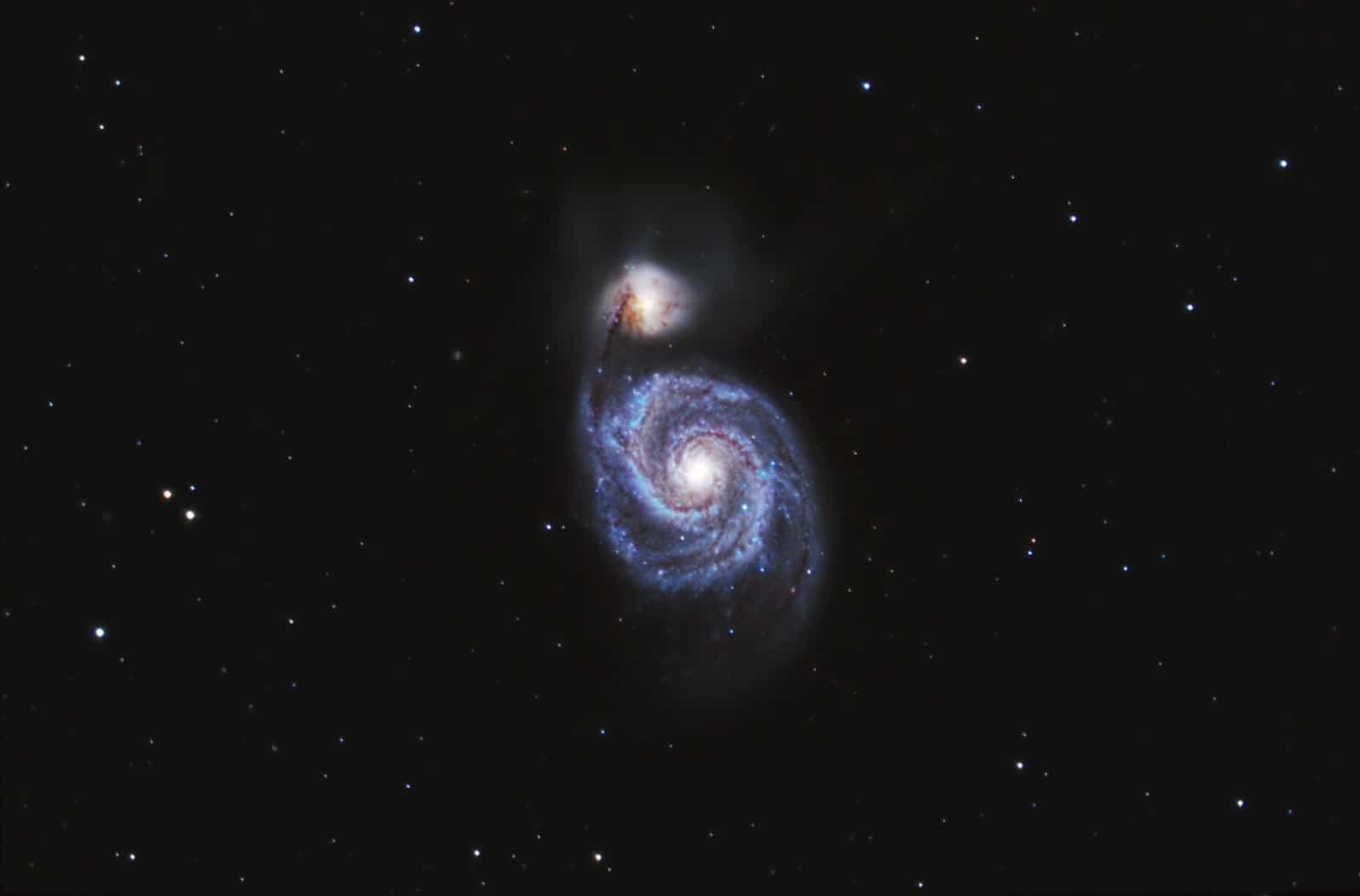 M51 is the larger of the two galaxies seen. The smaller companion NGC 5195 is while appearing to be at the end of the tail from our perspective, it is actually situated behind M51. The spiral structure of The Whirlpool Galaxy is believed to be due to NGC 5195 passing through the center disc of M51.

I took this image mid-May 2011 using the Celestron CPC800 SCT at 1260mm. A 0.63x reducer was used to achieve the shorter focal length from the standard 2000mm. This image was different from previous one which I had used an 80mm APO refractor. That image would go on to be known as the “stamp sized M51”, because M51 appeared quite small in the wide field-of-view the 80mm refractor provided.

Imaging at longer focal lengths is always a challenge given my sky conditions. We rarely see superb transparency and seeing here in southern Ontario. Mediocre seems to be the norm! As such longer focal length imaging here is plagued by blurriness and lack of good contrast. All of which reduces the signal to noise ratio in a given exposure. The data being just OK the majority of times.

While this image of M51 won’t win any awards it was another night out under the stars and provided some good experience imaging at a longer focal length.

It might interest you to know that M51 was discovered 238 years ago (at the time of writing this) by Charles Messier in 1773! The companion galaxy by Pierre Méchain in 1781.