The evening of June 3rd and into the morning of June 4th, the night sky was clear over most of southern Ontario. For those night owls out there, the Northern Lights (Aurora) made an appearance in the night sky. While it wasn’t the most spectacular I have seen, it’s always a treat to see an Aurora. 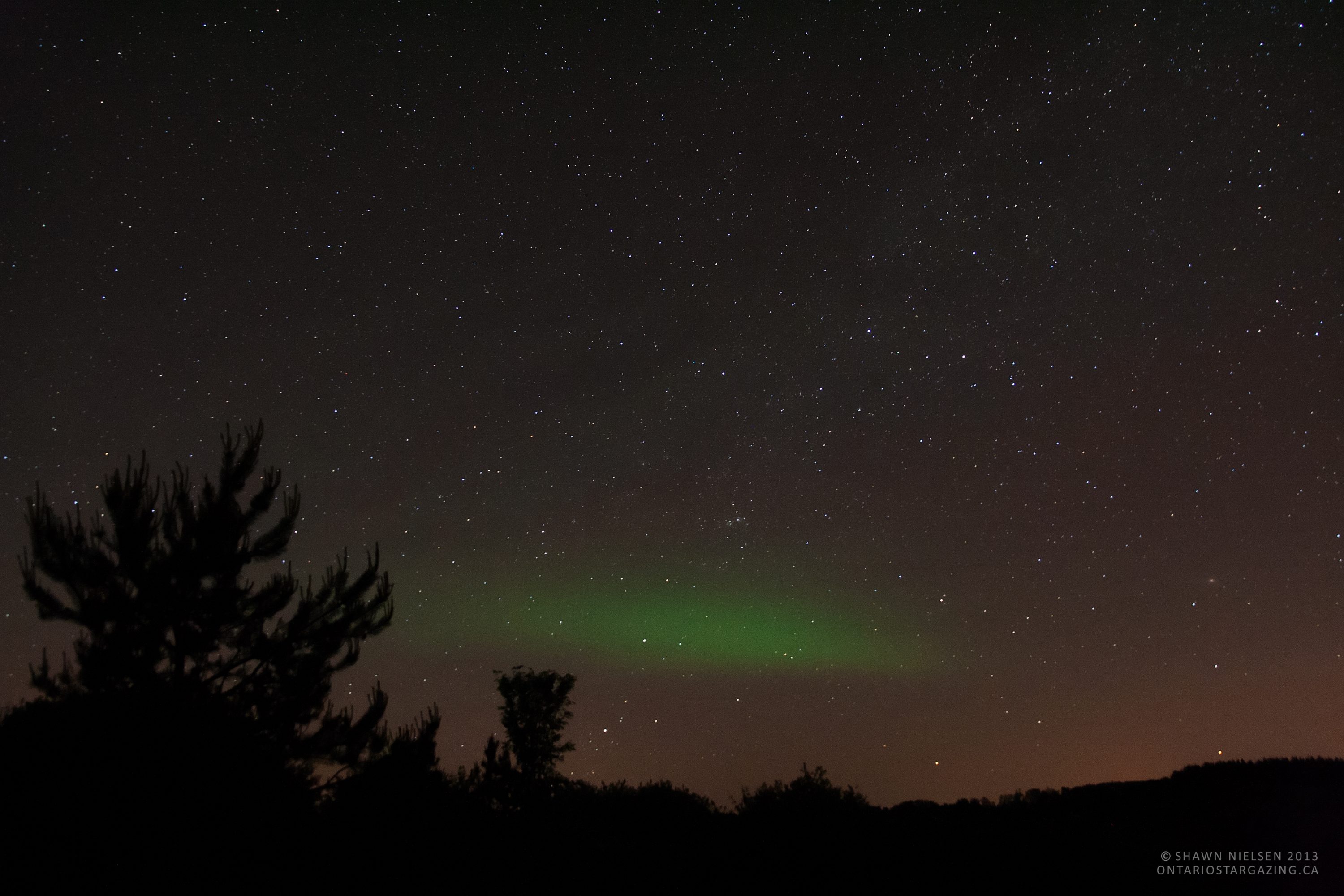 Myself and a couple other Astrophotographers had headed out to our dark site near Listowel, Ontario to do some imaging. It was just shortly after midnight when I noticed the sky in the north had a faint but noticeable brightness to it and it’s usually much darker.

Past experience with Aurora’s popping up had me recognize what was occurring almost instantly. I grabbed my other Canon DSLR and took a quick 10-second shot of the sky – sure enough, the unmistakable green shimmer of the Northern Lights was showing up in the photo!

Quick to grab my tripod and timer remote, I setup fast and began snapping photos. 30 second exposures worked well for the 20mm lens at F3.5. The Aurora was changing fast as it always does, dimming then brightening and you could watch as it moved in the night sky.

I made my way up a nearby hill to get a better view and snap some more photos. It didn’t last long but I was lucky enough to see it and photograph it. This is why I love the night sky and appreciate clear dark skies – there’s always something amazing to see!

Have you seen the northern lights? Let me know – leave your comment below…