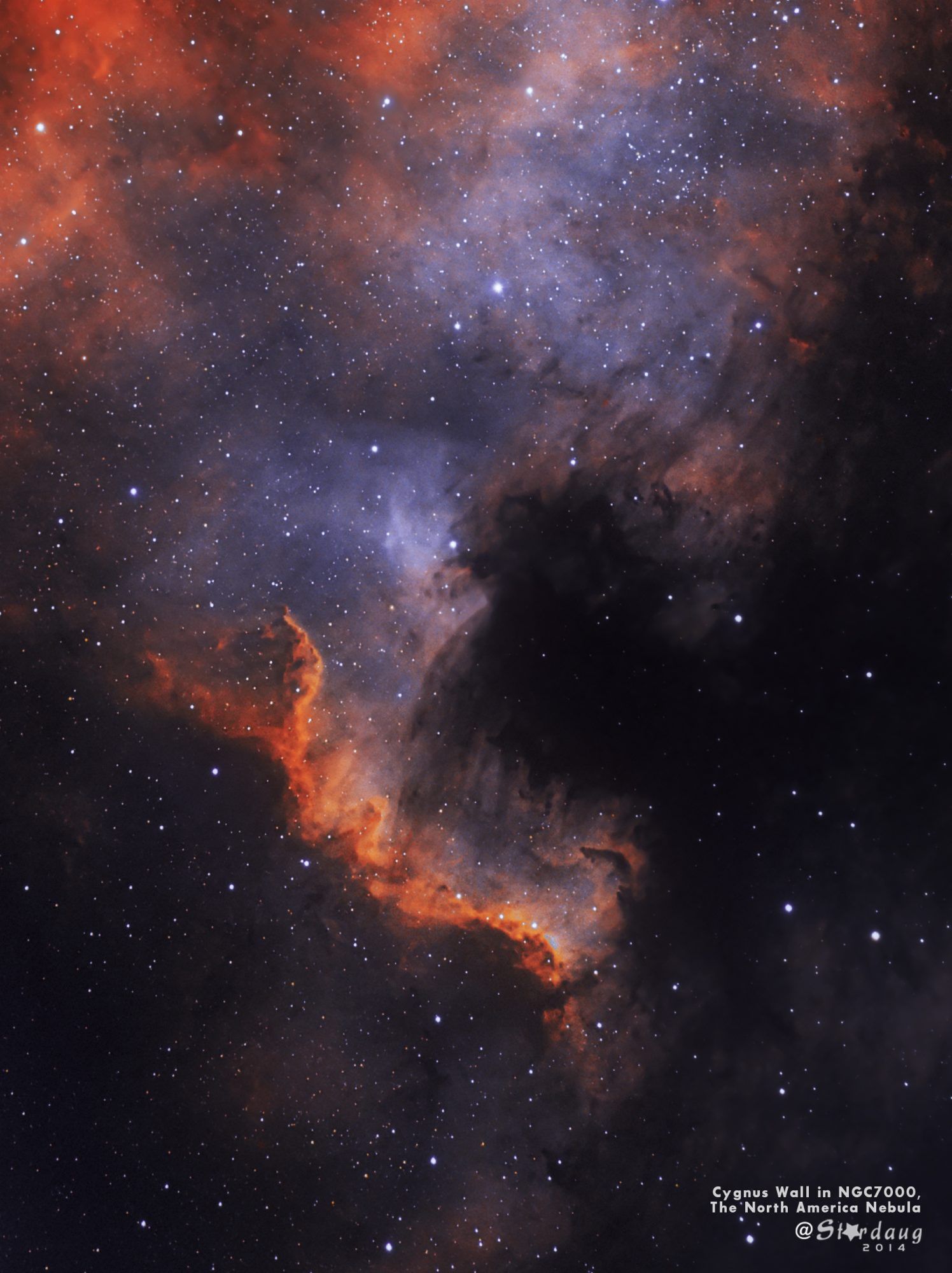 This is 5 hours of H-alpha and Oxygen 3 data combined to produce a false colour image of the Cygnus Wall in NGC 7000. A variant of the Hubble palette colour profile was applied.

Narrowband astrophotography is one of two types of imaging you can do inside a city with light pollution. The other being planetary astrophotography. The filters used in narrowband imaging notch out (cut off) the artificial light created by street lights and porch lights left on all night even though everyone is inside sleeping. It is similar to what a light pollution suppression filter would do but more specific wavelength is targeted, as example, H-alpha filter allows the 656.28 nm through.

Filtered imaging though will be made difficult with LED street lighting which is a full spectrum white light consisting of all wavelengths. Optical filters will not be able to “filter out” this light. The best that can be hoped for with LED is that cities and towns choose lower colour temperature (3000K or less) which will help mitigate some of the blue wavelength (compared to 4000K and 5000K LED) that actually increases skyglow and light pollution. 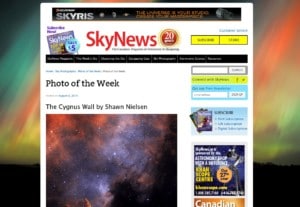 This image from featured as Photo of the Week on Skynews Magazine.

Hope you enjoy this image. Please feel free to share it!